On April 25, 2009, Falun Gong practitioners in Austria held activities to commemorate the 10th anniversary of the April 25th Appeal in Naschmarkt, where the Chinese commonly gather in Vienna, and in Linz, which is located in the middle of Austria. Many passers-by stopped to look at the truth-clarification materials. People signed a petition supporting putting a stop to the CCP's persecution of Falun Gong in China. 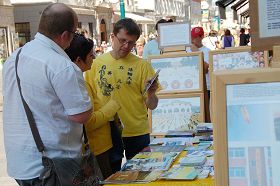 People stop by to learn the truth 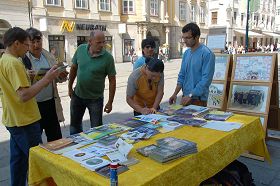 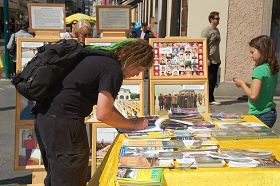 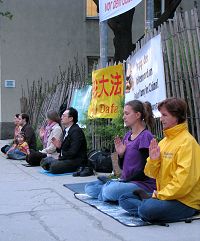 Falun Gong practitioners protest the CCP's persecution in front of the Chinese Embassy in Austria.

“Belgium: Falun Dafa Practitioners in Brussels Call for an End to the Persecution at April 25 Activity (Photos)”