Divine Performing Arts has put on some wonderful performances at Suseong Artpia in Daegue, Korea. At 10:30 p.m. on February 2, 2009, although the final show was on a Monday, it was well attended. 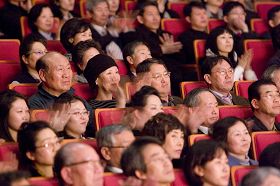 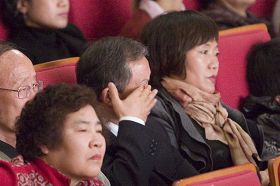 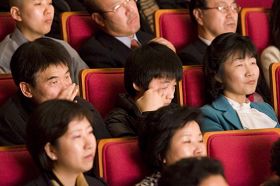 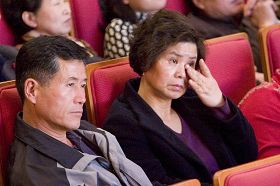 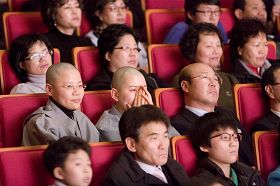 Mr. Yu, Dean of the Health College of Daegu Traditional Chinese Medicine University, commented during the intermission, "DPA has gorgeous costumes and beautiful dances. This can be called an outstanding stage production." 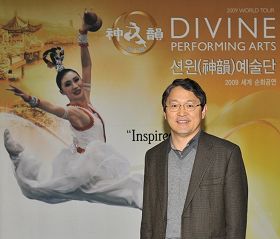 Mr. Yu said, "This is a great opportunity to watch the essence of traditional oriental culture. Wouldn't it be a huge regret if one missed this wonderful performance?"

He said that he couldn't wait to see the second half. He sai

d that the dance dramas and the ethnic dances are truly worthy of appreciation. His favorite program was "The Poet's Vision," featuring the cheerful monk, Li Bai. He also especially liked "The Monkey King Triumphs".

Mr. Yu said that he liked the purity, compassion and the traditional moral values demonstrated by show. He said, "I seemed to feel that it is calling for a return of Chinese people's moral values."

President of Sanle Education Association: "I Felt the Return of Human Morality and Justice"

Mr. Park, President of the Daegu Sanle Education Association, was touched by the show. He said, "The show is very good, very lively and very touching." He said that he was deeply impressed by the dances 'The Poet's Vision' and 'Heaven Awaits Us Despite Persecution,' especially the latter, which led him to say, "I felt the return of human morality and justice." 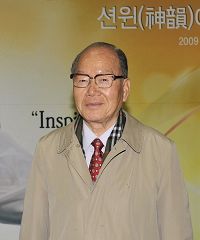 President of Cultural Center: DPA's Performance Standards Are a Wonder 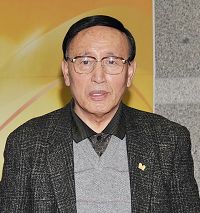 Mr. Lee, President of a Cultural Center, praised the DPA's performance standards, "They are really a wonder." "I also saw the show last year. The magnificent performances and the beautiful backdrops are perfect. The dance 'The Udumbara's Bloom' makes the audience feel like they are in a dream. It's remarkable!"

Media Consultant: "The Show is Magnificent and Outstanding" 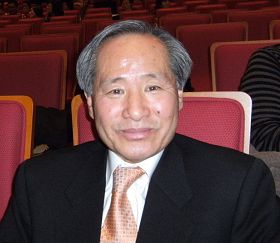 Mr. Cho, media consultant for the Associated Press Daegu Gyeongbuk branch, said after the second show, "This is my second time seeing a DPA performance. It was so spectacular. I was able to understand better the Chinese traditional culture. In particular, the background music and the stage settings are outstanding. I think the backdrop design is great."

Mr. Cho said, "I saw the show last year, and it seems this year's show is further developed. Last year, I got to understand the Chinese traditional culture. This year, that understanding was deepened."

Writer: Seeing the Show Once is not Enough

Mr. Ryu, a former South Korean General, a Hing Wan University Professor Emeritus, and writer, said that after seeing the show on February 1, he wanted to see it again, so he immediately bought tickets for the next day's show. He said, "Yesterday, I saw the performance. Today I am here for the second time. I arrived late the first time and did not catch the beginning part, so I felt very regretful. Today, I invited a few friends to come together."

Mr. Kim, a South Korean human rights lawyer, commented after seeing the fifth DPA show that the entire show was very well structured and easy to follow. He was most impressed by "Heaven Awaits Us Despite Persecution." He said, "An ordinary family was broken due to the persecution. The child lost her father, who was resurrected by Gods from heaven and then ascended to heaven. This gives people a hope for the future." 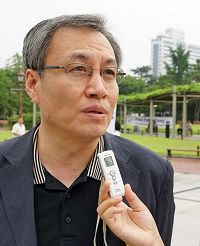 Regarding the dance 'The Udumbara's Bloom,' Mr. Kim said, "Udumbara flowers can be seen in a lot of temples that are open to the public in Korea. South Korean media has reported on this frequently, and it is well-known here. So the dance is very easy to understand for us."

According to Buddhist scriptures, Udumbara flowers bloom once every three thousand years. When the Udumbara blossoms again, it is to mark the return of the Holy King Who Turns the Wheel rectifying the Dharma in the world. It was in 1997 when Udumbara flowers first appeared in South Korea. Due to the frequent appearance of Udumbara flowers, many South Korean people see it as an auspicious sign.

The Songs Deeply Touched My Soul

Mr. Kim said, "Chinese traditional culture is not only very beautiful, but also very precious. As far as I know, in Mainland China currently, such traditional culture has not been revived. I feel very regretful about this." He expressed his wish that the DPA performances will bring the traditional Chinese culture to the whole world and also bring hope to China.