Epoch Times: Consulate General of Egypt: 'Art is without boundaries between countries' (Photo) 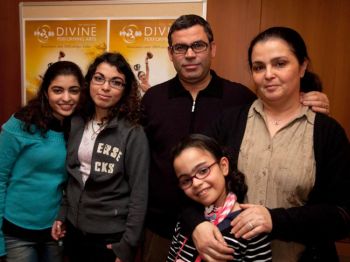 "With this show we are able to experience the traditional life of the Chinese people. Even for the children it was very beautiful, they liked it very much--the entire family liked it," he said.

When informed by The Epoch Times staff that the Chinese consulate had attempted to stop the show, Mr. El-Dieb was incredulous.

In an effort to discredit Falun Gong, a spiritual discipline banned in China, the Chinese consulate didn't want Chinese people to learn the truth that Falun Gong is good and is openly practiced everywhere, but China, hence, Chinese students were not allowed to attend.

"Not attend? But I don't think that is possible. This is art--and art is open for all people. No matter what the politics is like--this is art and art is open! Everybody can use art to depict what he feels," said Mr. El-Dieb.

The consul general said he didn't believe there was any political content in the DPA performance.

"Well, today I have seen [ancient] Chinese culture and there was nothing against the current politics in China."

Classical Chinese dance has at its foundation China's divinely inspired culture, lost to the ravages of communist rule.

When asked what impressed him most, without hesitation Mr. El-Dieb replied, "Dancing! All these movements and the decor ... that is very good."

He agreed the show ought to be presented in many countries around the world, because the DPA "presents the culture of China."

"Yes, the lost culture. I believe that all countries have lost their culture with the development of technology. And I find it very good that it is being shown again. This here is culture! This is art! Art is without boundaries between countries and people. I hope this show will be very successful, and I hope that it can be presented in every country and also in my homeland, next year."