(Clearwisdom.net) More than half a century ago, on December 10, the international community stipulated basic human rights which must be guaranteed to all people under all circumstances. The Universal Declaration of Human Rights was adopted by the General Assembly of the United Nations. This day became an international day of human rights.

China was one of the countries which voted in favor of the declaration. In contrast to this, it is one of the largest abusers of human rights in the world. Article 5 of the declaration states: "No one shall be subjected to torture or to cruel, inhuman or degrading treatment or punishment."

Falun Gong practitioners from Slovakia remembered this day on December 10, 2009, by holding a rally and collecting signatures on a petition. They informed public about human rights violations of Falun Gong practitioners in China, at the hands of the communist regime. These people are detained in forced labor camps, persecuted, and tortured for their beliefs.

The passersby asked about the absurd persecution. One older lady who passed by, signed the petition without any hesitation, saying, "You don't have to explain it much to me. I was in a concentration camp when I was young." Sad facts from China could be related to by many people from older generations. 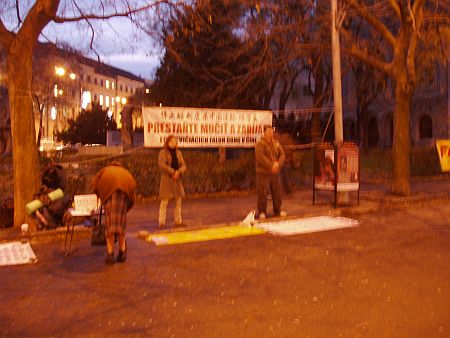 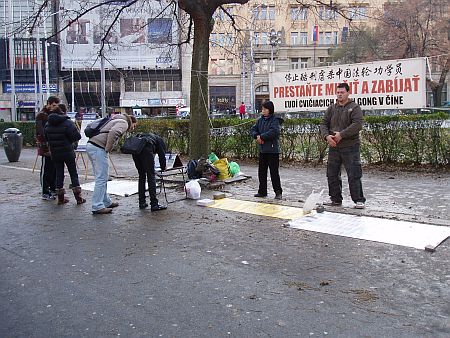 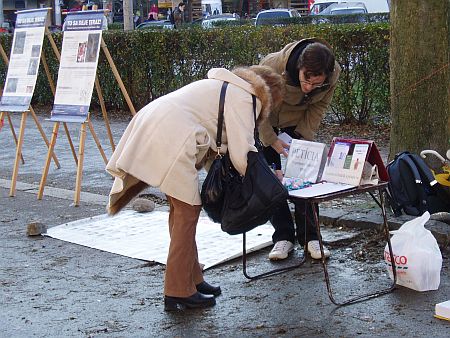 More than a hundred people signed the petition during the event. A reporter from a state press agency wrote a piece about the rally.