(Clearwisdom.net) The National Court of Spain recently indicted five high ranking Chinese officials for their active participation in the persecution of Falun Gong in China. They are charged with crimes of genocide and torture. The evidence for indictment comes from victims (Falun Gong practitioners), written and verbal testimony from families of practitioners who have died because of the persecution, and reports from Amnesty International, Human Rights Watch and the UN Human Rights Committee.

This is the first of 18 lawsuits against former Chinese leader Jiang Zemin based on the principle of universal jurisdiction. The judge in Spain may issue an international arrest warrant asking Interpol to notify countries that have extradition treaties with Spain to assist in the arrest of the defendants. When the defendants visit these countries, the local police should arrest and escort them to Spain for a trial.

Attorney Lin Fong-Cheng, CEO of Taiwan's Judicial Reform Foundation, believes the indictment in Spain will set a just and courageous milestone for the international legal community. 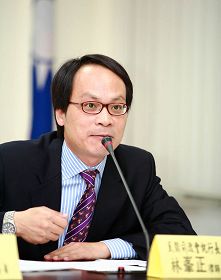 Since Jiang launched the persecution of Falun Gong in 1999, over 3,000 practitioners have died. Many more are missing. Evidence shows that Luo Gan, Bo Xilai, Jia Qinglin, and Wu Guanzheng actively helped Jiang to intensify and expand the scale of the persecution.

Currently over 30 lawyers in dozens of countries are filing lawsuits against Jiang and officials who participate in the persecution. These officials are charged with crimes against humanity, torture, and genocide. Mr. Lin believes the global lawsuits against these officials have made it clear that there are no human rights or freedom in China. Most of these lawsuits did not go to trial because of issues such of "jurisdiction" and "immunity." Mr. Lin believes the indictment in Spain is a beginning, and more countries will join the action. "If many major countries indict Jiang and these officials, the world will have more motivation to pressure China to improve its human rights."

On November 27, spokeswoman María Salcedo of Spain's General Department of Foreign Policy for Asia and the Pacific, said that its administration will not interfere with any decision of its judicial system. In 1999, a Spanish judge indicted Chile's dictator Augusto Pinochet, recognizing the principle of universal criminal jurisdiction for domestic courts. England, which signed an extradition treaty with Spain, agreed to extradite Pinochet to Spain for trial. In the lawsuit against Jiang and four other officials, Spain again showed its courage to ring the first bell of justice. Mr. Lin believes Spain's action will cause ripples of positive feedback from the international community.

For criminal cases, the defendants must appear in court so the court can arrive at a verdict. Mr. Lin believes countries that have extradition treaties with Spain will exercise their duty and help Spain to proceed to trial.

Mr. Lin said that the indictment will exert pressure on the defendants and all who are still persecuting Falun Gong practitioners in China. It will make them think about the consequences of what they are doing. "If other countries also indict people who persecute Falun Gong, it will help improve China's human rights at some level," said Mr. Lin.