(Clearwisdom.net) The Spanish National Court made a decision recently to indict chief culprit Jiang Zemin and four other Chinese Communist Party officials, including Luo Gan, Bo Xilai, Jia Qinglin and Wu Guanzheng, for genocide and torture against Falun Gong. This act has created a strong reaction in the international community. Renowned Canadian human rights lawyer David Matas considers the indictment a positive development and believes the lawsuit against Jiang has strong evidence. 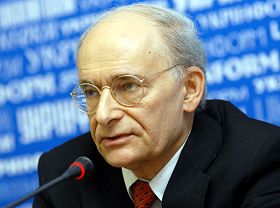 David Matas said in an interview regarding the lawsuit against Jiang in Spain on November 21, 2009, "I think it's a positive development."

He said, "The evidence, in my view, is strong and justified the prosecution. And it's just a matter of finding the right form. Ideally, it would be China prosecuting these people in the international court. But the trouble with that is China gives immunity to wrongdoers,..."

Mr. Matas said that the judge's decision, "is just the start of the case and we'll have to see, but I think it shows that there is a real problem and something needs to be done."

Mr. Matas said at his book launch held at the Canadian Parliament on November 16, 2009, that the organ harvesting from Falun Gong practitioners is a criminal act of genocide. He discussed this topic at a meeting of the International Association of Genocide Scholars held at George Mason University on June 9, 2008. The topic of his speech was, "Persecution of Falun Gong in China: A New Face of Genocide."

He said, "Falun Gong practitioners have been killed in China in large numbers. There have been over three thousand named victims killed as a result of torture inflicted in order to force them to abandon their beliefs. There have been in addition tens of thousands that have been killed for their organs which have been sold to transplant tourists. The Government of China denies all of this is happening. It denies the organ harvesting; it denies the killings; it denies the torture. Yet, there is a wealth of factual evidence to show that these violations are happening."

"Destroy them physically" --an intent to commit genocide

Mr. Matas stated, "Not every mass killing of an identifiable group is genocide. For the crime of genocide to occur there has to be not just actual destruction of the group in whole or in part. There has to be an intent to destroy."

Mr. Matas continued by addressing the 610 Office that Jiang's clique set up to persecute Falun Gong. He said, "On November 30, the 610 office called more than 3,000 officials to the Great Hall of the People in Beijing to discuss the campaign against Falun Gong, which was then not going well. Demonstrations against the banning of Falun Gong were continuing to occur at Tiananmen Square. The head of the 610 office, Li Lanqing, announced the government's new policy on the movement: 'defame their reputations, bankrupt them financially and destroy them physically.'"

"This statement 'destroy them physically' might seem to be a smoking gun of intent. The trouble is linking that statement to individual cases of torture or organ harvesting. A conviction of anyone for genocide, like any crime, requires individual responsibility for crime. The relevant intent has to rest with the accused, not with Li Lanqing." He said, "If the accused was one of the Chinese officials who was both responsible for killings and knew the order of Li Lanqing, the requisite intent would be established."

Those who are accused of genocide are unable to defend themselves

As for killings through torture, an official in charge of the torturer might claim that he or she did not know what was going on. Yet, that is no defense where there is conscious disregard of the information about the torture. The Statute of the International Criminal Court provides that a superior shall be criminally responsible for crimes committed by subordinates under his or her effective authority and control, as a result of his or her failure to exercise control properly over such subordinates, where the superior either knew or consciously disregarded information which clearly indicated that the subordinates were committing or about to commit such crimes, the crimes concerned activities that were within the effective responsibility and control of the superior, and the superior failed to take all necessary and reasonable measures within his or her power to prevent or repress their commission or to submit the matter to the competent authorities for investigation and prosecution

As for the killings through organ harvesting, Mr. Matas illustrated with an example. Karl Gebhardt was charged with crimes against humanity for his participation in Nazi medical experiments, in the Doctors Trial at the Nuremberg Military Trials. Mr. Matas said, "In his defense, his lawyers argued that subjects on whom he was experimenting faced execution."

"But even those at the other end of the procedures who may not see with their own eyes that the body in front of them is the body of a Falun Gong practitioner could learn that fact if they made the slightest inquiry about who the person was. If David Kilgour and I could learn that fact simply by having investigators who are strangers to the system phone the hospitals and doctors and ask, surely the people inside the system could do so." He said, "When it comes to organ harvesting of Falun Gong, the evidence is so pervasive and so easily accessible that those in the system who claim they do not know have been willfully blind."

Mr. Matas mentioned incitement in the persecution. He said, "The crime of genocide can be inflicted by incitement." "When it comes to incitement, the number of Chinese Communist Party and Chinese state official participants in the crime are legion. Anti-Falun Gong incitement is standard Chinese government, Communist party propaganda. It is hard to find anyone associated with the Chinese State or Chinese Community Party who is not implicated in this propaganda." He said, "Inside China there may be some people engaged in anti-Falun Gong propaganda who do not know about the mass killings of Falun Gong practitioners because of Chinese government censorship and the internet blockade. However, that is certainly not true of Chinese officials abroad. Every Chinese embassy around the world participates in this incitement."

Mr. Matas summed up in the end, "So, in sum, in view, the crime of genocide has been committed against the Falun Gong community, through torture, through organ harvesting and through the incitement that leads to both. The elements of the crime, the mass killings based on identity and the intent to destroy the group, can be established.