(Clearwisdom.net) The Spanish National Court recently decided to sue the five main individuals responsible for the persecution of Falun Gong, Jiang Zemin, Luo Gan, Bo Xilai, Jia Qinglin, and Wu Guanzheng, with crimes of genocide and torture. This news garnered much feedback around the world. Famous Chinese human rights lawyer Mr. Guo Guoting believes that the Spanish lawsuit is of landmark significance and will act as a leading example in the world. 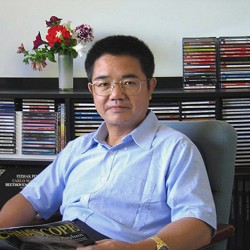 International Human Rights Law stipulates that anyone who has committed crimes against humanity, such as genocide or torture, can be tried by any victim in any country. These criminals are like pirates, and they are the common enemy of the entire human race. Every country has the right to directly put these criminals on trial.

Lawsuit Is a Shock to the Defendants

Although the trial is to be conducted overseas, the news has certainly reached mainland China and will shock Communist Party officials. The CCP will refuse to acknowledge the lawsuit, but psychologically, they are under a huge amount of pressure. If nothing else, the lawsuit may serve to prevent more crimes from being committed.

Lawyer Guo said, "Since this case has been accepted, the court has conducted a basic investigation and collected first-phase evidence; once the case goes through the court defense, the evidence will be permanently acknowledged as case-closing evidence, and the court may render a judgment by default. Thereafter, these five criminals will be arrested whenever they leave China."

Furthermore, this sentencing is eternal, which means it can be executed after the CCP's collapse.

"This lawsuit is a great encouragement for the people of China," Mr. Guo added. The Chinese people will know that any criminal, be they state officials or government officials, can never escape justice.

Mr. Guo Guoting is the first lawyer in China that stood out to defend Falun Gong. He wrote articles to defend Falun Gong practitioners' right to belief in 2003. He has been accepting cases for Falun Gong practitioners since 2004, such as Mr. Huang Xiong (who is still missing), Mr. Qu Yanlai (who had been on hunger strike for five years) and Mr. Chen Guanghui (who was tortured to death on December 12, 2006, http://www.clearwisdom.net/emh/articles/2006/12/20/81023.html). The CCP canceled his lawyer license and banished him from the country.

Whoever defends Falun Gong is brutally mistreated in China, but there are more than 50 lawyers in China defending Falun Gong today. This is because more and more people have learned the truth about Falun Gong, and there has been more and more international support. Thus, more and more lawyers will now stand up to represent Falun Gong practitioners. This would have been beyond imagination several years ago.

The CCP persecutes Falun Gong, and when it puts practitioners on trial, the judges merely go through the motions. All cases are judged according to the CCP's plan; it is impossible to have a fair trial in China. Although these lawyers stand little hope of saving practitioners from mistreatment in today's China, their standing out to represent Falun Gong reflects a historical trend to safeguard the righteous.

Mr. Guo thinks that if more countries, such the U.S., Canada, and Italy, can collectively put these criminals on trial, the CCP will become too frightened to continue their crimes. These righteous actions can largely prevent more crimes. The fundamental changes require the awakening of the entire society and the entire Chinese people.