(Clearwisdom.net) Mr. Yin Sirong was arrested and subjected to 21 months forced labor for having Falun Dafa teachings on his computer, MP3 player, and MP4 player. He has submitted a request for administrative review of his case. Mr. Yin has been on a hunger strike since his arrest. 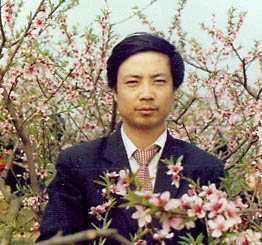 Mr. Yin, 50, is a former employee of Chengdu City Metallurgy Pilot Factory. On July 31, 2009, he was arrested at a practitioner's home in the Wanzhou District, Chongqing.

After his arrest, the authorities intentionally prevented his lawyer from intervening. When the Wanzhou Police Department administration submitted Mr. Yin's name into the system for forced labor, they refused to give Mr. Yin's family a legal document that was essential for his lawyer's defense, citing that his "identification hasn't been confirmed." On September 3, when they finally gave the family the legal document, a Detention Notice, they also gave the family a Forced Labor Notice, stating that Mr. Yin would get 21 months of forced labor. He was transferred to Xishanping Forced Labor Camp. When lawyers requested an interview with Mr. Yin, the Xishanping camp authorities refused to comply, saying, "Yin's attitude is not good."

Mr. Yin's family's requests for visitation were also repeatedly denied. When they went to the labor camp, the administration denied their request to visit, saying, "The top officials are not permitting visits." After repeated efforts by both the lawyers and family, the family was finally allowed to meet with Mr. Yin in mid-September. They confirmed that Mr. Yin has been on a hunger strike since his arrest, nearly two months ago.

Mr. Yin started practicing Falun Dafa in 1996. He has been repeatedly harassed for his beliefs since July 1999. He was sentenced to three years of forced labor in December 2000 and was forced to flee from his home to avoid harassment after his release in 2004.

“Examples of Karmic Retribution from the Architecture Vocational and Technical School in Deyang City, Sichuan Province”