Ms. Li Yinju, 56, was born in Henan Province. She moved to Shenyang City because her husband works in the Shenyang Army Compound. She was employed as a nursery school teacher in the Shenyang City Welding Strip Factory. She suffered a severe case of arthritis when she gave birth to her child in 1981. She became very bad-tempered because she was in unbearable pain. After learning the practice of Falun Gong, she recovered quickly. She followed Truthfulness-Compassion-Forbearance and treated others with kindness. People around her noticed how nice Falun Dafa practitioners are and witnessed her physical changes, so many were inspired to learn Falun Gong themselves. 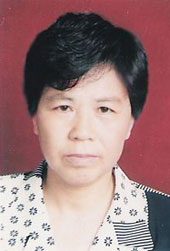 Ms. Li Yinju often validated Falun Dafa by telling her own story. She went to Beijing to testify to the goodness of Falun Dafa, but she was arrested at the Shenyang City Train Station. Once, she went to the Liaoning Province CCP Committee to clarify the truth, and she was taken by the police and dropped off at Sujiatun, a suburban area of Shenyang City. The police forced her to walk the long way home.

At the beginning of July 2006, Ms. Li went back to her hometown in Henan Province. She was arrested on the street while she was clarifying the truth to some elementary school students on July 30, 2006. She was sentenced to one year of forced labor, which she served in the Shibalihe Women's Labor Camp in Henan Province. The guards tried to force her to give up her faith, conducted long-term brainwashing sessions by not allowing her to sleep, beating her, and locking her in a small cell (1). She had to sleep on the floor inside the small cell. The warden's name is Jia Meili (female).

Ms. Li was tortured both mentally and physically. Her hair fell out, and the doctor found that she had developed breast cancer. She was released in January 2007. The labor camp continued to harass her and her family in Henan Province, threatening to report her situation, and announced they would arrest and take her back to Shenyang City, Liaoning Province. She died at home in the early morning on December 18, 2008. She is survived by her husband and child.

(1) Small Cell: The detainee is locked up in a very small cell in isolation. The guards handcuff practitioners on their back in a fixed position, in which the practitioners can neither move nor lie down. The small cell is very damp and no sunshine comes in. Detainees have to urinate and defecate in the cell.

“Epoch Times: Harrison Mayor Applauds the Grace of the Dancers”

“DPA in Montreal: Retired Bank Executive Exclaims "This is it!"”