(Clearwisdom.net) On July 8 and 9, 2008, two practitioners from Beijing were illegally arrested; one is a famous oil painter, Mr. Wang Mingyue, and the other is a photographer, Mr. Jin Xiaohui. They are now imprisoned in the Tuanhe Forced Labor Camp in Beijing. This is yet another case of the Chinese Communist Party (CCP)'s persecution of Falun Gong practitioners under the excuse of "safeguarding the Olympic Games." 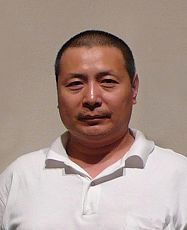 Mr. Wang Mingyue, a renowned oil painter, was born in Beijing in 1962. He graduated from the Central Academy of Fine Arts, where he specialized in oil painting. Mr. Wang started practicing Falun Gong in 1996 and greatly benefited from it both physically and mentally. He continued to diligently practice Falun Gong even after the CCP started persecuting it in July 1999.

On the morning of July 9, 2008, police officers from Dongcheng District of Beijing broke into Mr. Wang's home, illegally searched it and arrested him. During the search, they only found a USB memory stick. This was because a year before, his aging mother, a practitioner, was also arrested by police officers from the Beijing Public Security department, and when they searched their home then, they confiscated all of their belongings. Mr. Wang Mingyue was sent to the Dongcheng District Beijing Detention Center for one month. He was then illegally sentenced and imprisoned in the Tuanhe Forced Labor Camp in Beijing. Mr. Wang was in very good physical condition before his arrest, but now, according to a witness from the labor camp, he has lost a great deal of weight.

Mr. Wang Mingyue's artworks have been shown in many exhibitions, both at home and abroad. Most of his artworks have been privately sold or become part of museum collections. In 2000, he was invited to paint a portrait of a former Prime Minister of England, the late Sir Edward Heath, and also participated in the Cultural Art Exchange. In 2004, he was again invited to England to conduct his own individual art exhibition called the "Soul of Dream Flower." All of his paintings were sold on the opening day of the exhibition. On October 15, 2004, he exhibited one of his paintings, called "Seeks Spring," at the International Artistic and Literary Realm Oil Painting Exhibition "Goes the Same Way," which earned him international acclaim.

Mr. Jin Xiaohui, a photographer, is a very good friend of Mr. Wang. He was also illegally arrested by police officers from the Dongcheng District, Beijing, the day before Wang's arrest. Jin Xiaohui was imprisoned for one month in the Dongcheng local detention center. He was then sentenced, and is now imprisoned in the Tuanhe Forced Labor Camp in Beijing. 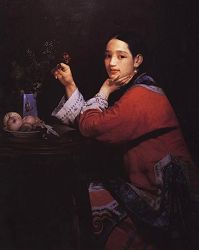 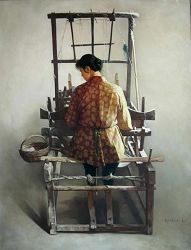