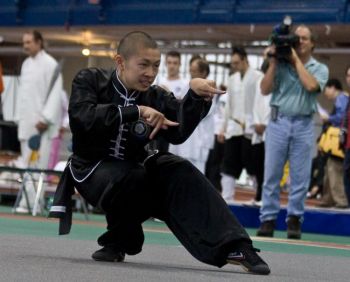 Bringing together contestants from all over the world, the competition aims to highlight talent in the field of traditional martial arts, a skill believed to have been lost after the Communist Party seized power in China in 1949 and destroyed much of China's traditional culture.

Contestants came from places as far away as Taiwan and even mainland China. There were over 100 contestants, and it was a truly a multicutural competition as Chinese, Caucasian, African-American and Hispanic ethnicities were all represented in the different forms, especially in the external forms.

There are estimated to be around 100 contestants for the semi-finals and finals round on Sunday, September 28. The contestants include those selected from earlier preliminaries in Taiwan on August 2nd and 3rd. 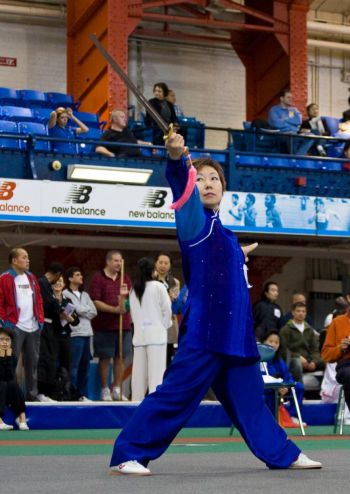 The preliminaries were preceded by two weeks of a "Chinese Traditional Martial Arts Exhibit" at the same location, where the history of Chinese martial arts was displayed. Posters detailed the history of Chinese martial arts, documenting them from ancient history, such as Yue Fei's story and his relationship to the popular Xingyi Fist form; Zhang Sanfeng and Tai Chi Fist, as well as Boddhidharma's cultivation story and the development of the Shaolin form.

“Intensified Persecution at Masanjia Forced Labor Camp During the Olympics”