(Clearwisdom.net) On September 6, 2008, the Divine Land Marching Band was invited to perform in a parade in London, Ontario. Spectators took many photos and videos.

Other bands also showed great interest in the Divine Land band, particularly when they learned that it was established not much longer than a year ago, but has already performed in some 50 parades. 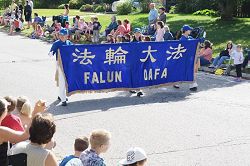 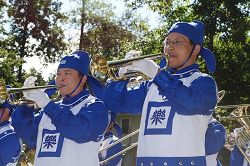 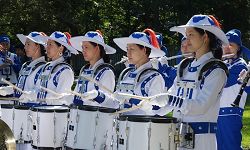 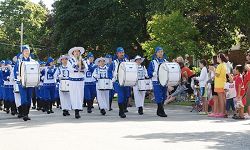 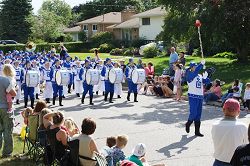 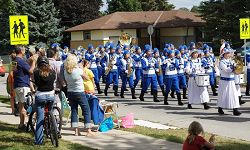 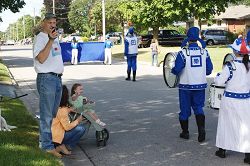