(Clearwisdom.net) On August 9, Falun Gong practitioners from Japan participated in the Niigawa Festival. 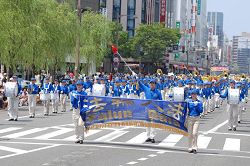 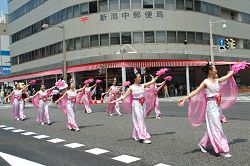 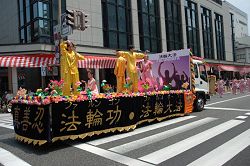 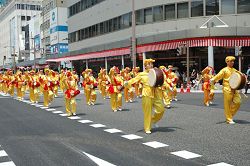 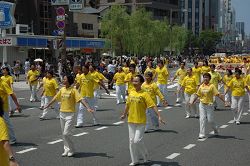 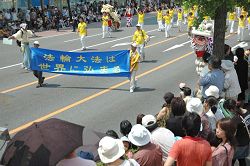 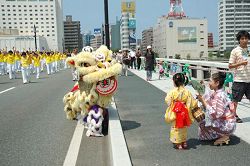 Niigawa is one of the biggest harbor cities in Japan. The festival started in 1965. More than 900,000 people attended this year.

Falun Gong's entry, consisting of more than 200 practitioners, was the largest procession in the parade. It was their first time participating in this festival.

Many people learned the exercises during the festival.