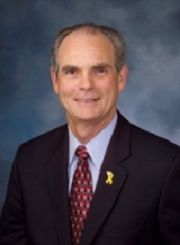 The recent Chinese Communist-backed violence against Falun Gong practitioners in Flushing has received wide attention from the public. According to the Epoch Times, when commenting on the violence, San Jose Mayor Chuck Reed said that such mobs would have been put in jail if they were in San Jose and that the city will continue to protect Falun Gong practitioners just as the city protects its other citizens.

Recognizing human rights abuses in China, Mayor Reed reassured the citizens that San Jose would protect everyone's constitutional rights. He said: "We are going to protect our constitutional rights to freedom of speech and freedom of assembly. These are not the rights recognized by the government of China, we know that, but here in the United States, we do recognize them.

"We will protect our Falun Gong practitioners in San Jose just as we protect the rest of our citizens. We have a very good police department. They work very hard to make sure that everyone has the right to free speech and the right of free expression, and we don't allow outsiders to come in and attack our people. If they do, they will go to jail. I don't have a foreign policy and I don't deal with foreign governments.

"Everybody in the United States needs to adhere to our values and to our Constitution. We allow freedom of speech, freedom of expression, and freedom of religion. Everyone has to respect that. Whether or not they agree with that doesn't matter. People have individual, constitutional rights. We respect them in San Jose. We respect all the people, no matter what country they come from, what background they are from. [we need] to adhere to these ideals and follow our Constitution."