To celebrate the sixteenth anniversary of Falun Dafa's public introduction and the ninth World Falun Dafa Day, Falun Gong practitioners held a celebration near the University of Freiburg on May 10, 2008. 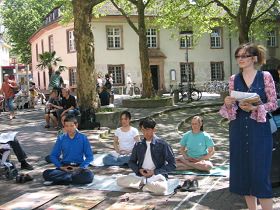 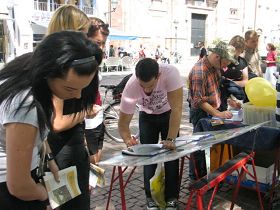 Many signed a petition to protest the persecution of Falun Gong 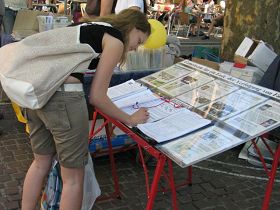 Many signed a petition to protest the persecution of Falun Gong.

Some people talked with practitioners for a long time and became very interested in Falun Gong. They asked for more literature and expressed their desire to learn Falun Gong.