Ever since the Chinese Communist Party (CCP) started the persecution of Falun Gong in 1999, using the strategy of, "destroy their reputations, bankrupt them financially, and annihilate them physically," a large number of Falun Gong practitioners have lost their jobs and incomes. Intimidated and influenced by the CCP's deceitful propaganda, many employers dare not accept applicants who are believers in "Truthfulness-Compassion-Forbearance." As a result, many talented Falun Gong practitioners with great virtue and noble characters have had to earn a living by taking temporary hourly jobs. For years, Falun Gong practitioners living in China as a whole have been living in very difficult conditions.

In 2003, several Falun Gong practitioners in Chaoyang City, Liaoning Province set up a joint venture and purchased a patented technology. They started a company named the Chaoyang City Tianzheng Detergent Company. From the very beginning, various departments in the company, from management to production, hired Falun Gong practitioners who were knowledgeable in different fields. Most of these Falun Gong practitioners had lost their jobs due to the persecution. They are cultivators who follow the principle of "Truthfulness-Compassion-Forbearance." Everyone, from the managers to average employees, worked diligently and conscientiously without caring about personal loss and gain. Consequently, not long after the company started, they quickly built good sales channels and opened the market by selling their products to over twenty large or medium sized machine processing companies in the three Northeast provinces, Hebei, Zhejiang, and Jiangsu provinces. In the three years after the company started, revenue increased each year. 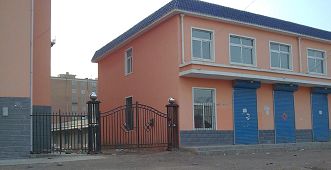 The managers of the company are a couple, Mr. Li Wensheng and Ms. Wu Jinping, who graduated from Chaoyang Agriculture University in 1989. After graduation, Mr. Li studied at the graduate school of Administration, and then worked as a manager in the CCP-run Chaoyang City Agriculture Bureau. As a Falun Gong cultivator, he is humble and kindhearted, and thinks of others first at all times. Business was always good, and the employees all respected him very much. Ms. Wu Jinping used to work for the accounting department in the Chaoyang City Forestry Bureau. She was persecuted for practicing Falun Gong by the police from the Chaoyang City Public Security Bureau and the former chief of the Chaoyang City Forestry Bureau, Lei Da, and subsequently was dismissed from her job. She started her own detergent company with her husband's help. The company offered jobs to many people and gave them steady incomes.

However, at 6:00 a.m. on February 24, 2008, under the lead of Zhang Minghua, Deputy Director General of the Chaoyang City Public Security Bureau, Ju Feng'en, Qiao Fengqun, Fang Ke, and Jiao Yanying and some twenty police officers who were all from the Guangming Public Security District Bureau and Domestic Security Division in Chaoyang City suddenly surrounded Mr. and Mrs. Li's home. The Li's refused to open the door, so the police sent for a fire truck and set up an aerial ladder to gain entry.

After entering the Li's home, the police then ransacked the house, taking away a printer and two computers, including one for business use and another for student use. They also took 10,000-plus yuan in cash (which was meant for tuition and living expenses for the Lis' child) and a bankbook with savings of over 20,000 yuan. The police then took Mr. and Mrs. Li into custody.

The police took the couple to the Tianzhen Detergent Company and forced Mr. Li to open a safe where they kept cash. Mr. Li said he did not have the key. The police brutally beat him, and took the safe with them. This safe held Mr. Li's company checkbooks, transaction checkbooks, a public seal, financial seal, legal representative seal, and so on, all of which can be used to withdraw money from their bank accounts. They also took a company car, and illegally arrested their hired chauffeur.

The police tried to force Mr. Li to call his employees and tell them to come to the office, as the police wanted to arrest them. Mr. Li refused to cooperate. A policeman used his arms to knock Mr. Li hard in the face. Mr. Li's nose immediately started to bleed, and his lips and face became swollen. They then detained Mr. Li in the Chaoyang City Wujiawa Detention Center. Ms. Wu Jinping was first sent to the Shijiazi Detention Center, and then to the Beipiao Detention Center.

In order to give a customer some time to switch to another product, an employee named Pi Yongli went to the office to find some overstocked products for that customer. She was illegally arrested by the police as soon as she entered the office, and was sentenced to one-year of forced labor for no reason at all. She was then sent to Masanjia Forced Labor Camp in Shenyang City for further persecution.

On the morning of February 25, 2008, when Mr. Li was illegally arrested by the police, about a dozen police officers from the Chaoyang City Beita Police Station also went to the home of another Falun Dafa practitioner, Mr. Pan Yufeng, the sales manager of the Tianzheng Detergent company. They convinced Mr. Pan to open the door and then took him into custody. They couldn't find any money in the house, so they tried to force Mr. Pan's wife into giving them money, but to no avail. They therefore took a computer away with them. The following day two police officers again went to Mr. Pan's home. They lied to Mr. Pan's wife by saying, "Pan Yufeng wanted you to hand over your bankbook to us." She replied, "There is no bankbook, and my husband could not possibly have said that there is." One of the police officers said, "We'll arrest you if you don't give us money." They gave up their attempt to arrest her because she had just had an operation. The police saw that Ms. Pan had a nice handbag and immediately took it away with them. Ms. Pan said, "You are also after a handbag!" One police officer replied arrogantly, "After your handbag? We are also after your house!"

Zhang Minghua and his gang openly looted a company's property, illegally arrested the employees without any reason, forced a legitimate company to shut down, and stole millions of yuan worth of money and property. Several dozen customers of the company have suffered great losses because their supplies were cut off. Mr. Li's parents and child also lost their family income and support. Many employees lost their jobs and their families are in dire financial straits.

Those who participated in the persecution: