Evidence That Mr. Bai Heguo Was Tortured to Death and Did Not Commit Suicide in Nan'guanling Prison, Liaoning Province (Photo)

On around January 5, 2008, Falun Gong practitioner Mr. Bai Heguo was tortured to death at the Nan'guanling Prison in Dalian City, Liaoning Province. It was disclosed that not only was there a bump on Mr. Bai's head, but there was also a cut on his tongue and one outside his mouth. His leg had been kicked until it was broken, and his testis had been crushed. He was emaciated. It would appear that Mr. Bai Heguang was beaten to death. 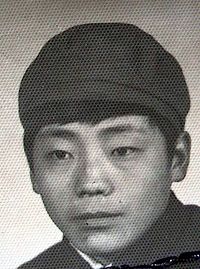 However, Nan'guanling Prison agents fabricated "proof" that Mr. Bai had committed suicide in order to deceive people and threaten and scare his family members. The items they presented as "evidence" at Nan'guanling Prison were a sharp steel knife and some Falun Dafa books (Zhuan Falun and other writings). They lied and said that Mr. Bai had brought the items to the prison, and had died as a result of suicide.

Mr. Bai Heguo had just been transferred to Nan'guanling Prison from Huazi Prison on December 19, 2007. Just two weeks later, on January 5, 2008, he supposedly committed suicide despite the fact that it is written in the Falun Dafa books that practitioners should not kill and that it is sinful to commit suicide. Mr. Bai did not give up or betray his faith after he was arrested and detained. He would never have had the thought of committing suicide.

“The Amazing Transformation of a Hooligan ”