The curtain fell at the end of the second show of the Divine Performing Arts Spectacular in Milan, Italy on the evening of April 16, 2008, but it was raised twice to enthusiastic applause. The artists answered three curtain calls. The spectators didn't leave until the lights dimmed. Among the audience were many from the worlds of business and fashion. 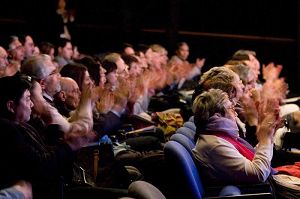 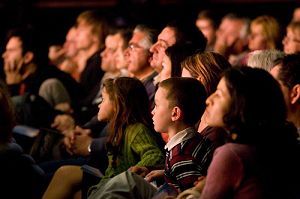 Mesmerized by the show

Ms. Patrizia Bermeo is a fashion designer. When others left after the show, she remained, taking pictures with her friends with great enthusiasm. She said, "I liked all the programs! What I liked best was the show's message: humanity, nature, love, and everyone should help others because we are not in the world by ourselves." 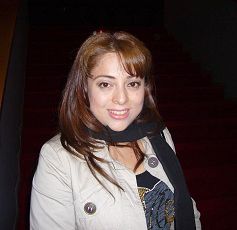 Ms. Bermeo was moved to tears during the show. She was most touched by "The Power of Awareness" and "The Risen Lotus Flower" because they told people to fight to the end for a better world.

"The artistic skill of the dancers was superb! The artists were filled with love," Ms. Bermeo said. "We all look forward to a better world. The show was a combination of mind, body, and spirit. It was beautiful! It should be better known. Young people should watch it because they are the future of the world."

Santo works in an administrative department of the government. He said, "It isn't easy for Italians to know China. The media has been covering China a great deal because of the Olympic Games. It made me curious to learn about this country's culture." Santo enjoyed the beautiful dances and felt the show satistified his goal of learning about Chinese culture. 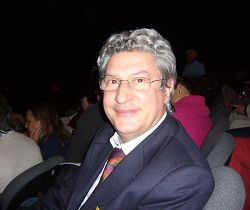 Fausto Viccardi is a regional sales manager from Sytrama. He told the reporter he was very impressed with the Divine Performing Arts show. "The show is very very exciting because it is authentic and it seeks the pure China. People need to release history from political pressure." 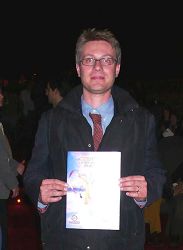 Telecommunications engineer Mr. Alessandro Marinelli and his wife, Christina Lombardi, loved the show. It was the first time that Mr. Marinelli had ever seen a show about Chinese culture. He said, "I was most impressed with the joy and cooperation of the dancers. The dancing was colorful!" Mrs. Lombardi said, "The show was very rich and filled with information! When will it come again? I can't wait!" 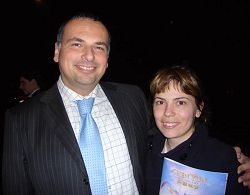 Mr. Derico and Mrs. Chiara had high praise for how great and beautiful the show was. Mrs. Chiara's favorite program was "Snowy Mountain, White Lotus." Mr. Derico said everything was great. His favorite was "Drummers of the Tang Court." They said they would recommend the show to their family and friends and looked forward to seeing it again. 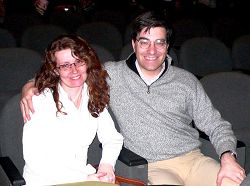 A business executive and his wife agreed to an interview after the show. The man told the reporter, "Fantastic! Impressive! I have never seen such a show in Milan! Divine Performing Arts is totally admirable!" 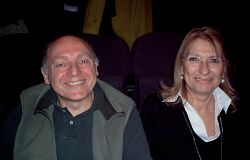