Saudi Ambassador to Germany: "The Spirit of the Chinese People Cannot be Conquered" (Photos)

At eight o'clock on March 15, 2008, the 3rd Chinese Spectacular took place at the Berlin Internationales Congress Centrum (ICC Berlin). Many people came to the show upon the recommendation of their friends and family members who had already seen it.

Member of Parliament: Everyone Should Watch the Show if Possible

"I suggest everyone should come and watch the show if possible," said Member of Parliament Petra Bierwirth, "The show is very attractive and demonstrates Chinese culture." "It helps people understand the ancient culture of China and triggers their interest in understanding China more."

Many diplomats stationed in Berlin went to see the Chinese Spectacular that day, including the New Guinea ambassador, the Saudi Arabia ambassador, a Turkish consul and a Canadian consul. 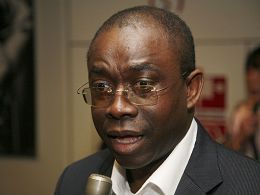 New Guinea Ambassador Candido Rivas and 15 officials from the New Guinea Consulate in Berlin came to the ICC to watch the Chinese Spectacular.

After watching the Spectacular with his assistant on the 14th, Candido Rivas, the New Guinea Ambassador stationed in Berlin, brought 15 people to the show the next day. Ambassador Rivas said, "I think this show is terrific because it preserves Chinese culture, which is why it's so unique." Ambassador Rivas expressed his desire to have the Divine Performing Arts perform in New Guinea, "It's such a great show, why not? We need to understand and learn about different cultures in this modern society." 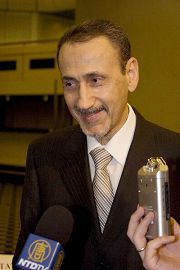 Dr. Ossama bin Abdul Majed Shobokshi, Saudi Arabia's Ambassador stationed in Berlin, loved the dances in the show, "The movements are graceful, the music is pleasant, and the performances outstanding. This show is rich in cultural content and very meaningful. One can learn a lot from it. The show opens up a window for understanding Chinese philosophy. One can see how rich the culture is through the show. I read the program brochure and I have been keeping an eye on China. I noticed the conflicts between the culture and the Chinese Communist Party. The spirit of the Chinese people cannot be conquered." 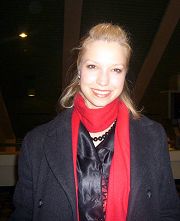 Ms. Debby Gehler majors in media and dances at the Berlin Ballet Center in her spare time. She saw the show last year and came back again this year, "The dancing," she said, "is even better than last year." Her favorite was the "The Risen Lotus Flower" because "the leaping movements of the artists was outstanding."

Economist and Social Worker: The Show is Perfect

Wolfgang, an economist, and Rosemarie, a social worker for the city of Berlin, both thought the show was perfect. "Everything is perfect," said Rosemarie. Wolfgang said, "It's a little unfamiliar for me but I think the performance was perfect."

Teacher Will Definitely Recommend The Spectacular to Others 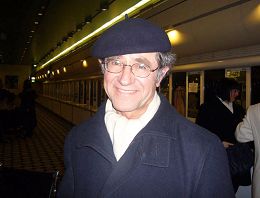 Mr. Boing is a teacher. He said after the show, "The dances were outstanding. I liked the music as well. I can understand the lyrics of the songs because they've been translated and projected on the background screen, which is great." He said he would recommend the show to other people, including his students. 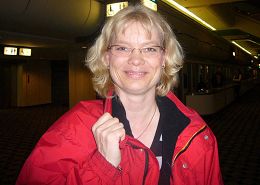 Ms. Nicole Umland came from Hamburg with her boyfriend and a friend from Berlin. "I love this show," said Umland, "The music is very good and the dancing and costumes were beautiful." "The show presented China's past, which is different from what we see in the newspaper and TV."

She was most impressed by "Nymphs of the Sea" and the two programs with drums. She also liked the program which depicts people's resistance to the the persecution of Falun Gong, "The Power of Awareness," "I love the scene where everybody meditates together. It sends the message that when people work together, they can achieve their goals."

The Divine Performing Arts will have its last show in Berlin at 4 p.m. on March 16. After that, it will head to Hamburg, Northern Europe, Eastern Europe (St. Petersburg and Romania), and end its European tour in Italy.