(Clearwisdom.net) In July 2008, 46-year-old Ms. Zhao Yabin was arrested by officers from the Wenbei Police Station and the Lunan Police Department in Tangshan City, Hebei Province. The police also searched her home. Chinese Communist Party (CCP) personnel from Tangshan City collaborated with each other and fabricated interrogation transcripts and a list of confiscated items for the purpose of framing Ms. Zhao. Ms. Zhao was recently sentenced to seven years of imprisonment, and she is currently being detained in the Tangshan First Detention Center. 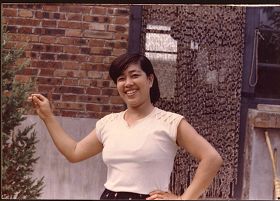 Ms. Zhao Yabin lives in the Chenguang Building in Lunan District of Tangshan City, Hebei Province. In 1994, Ms. Zhao was involved in a car accident, and three ligaments in her left leg were injured. Even after three surgeries, she still had difficulty walking. In 1996, Ms. Zhao started practicing Falun Gong after it was suggested to her by others. After several months of studying the Fa and practicing the exercises, her left leg fully recovered. People knowing her saw the miracle and beauty of Falun Dafa through her experience, and some started practicing Falun Dafa themselves.

On the afternoon of July 8, 2008, officer Chen Changdong from the Wenbei Police Station, and party secretary Guo Yujuan from the Wenhua South North Street Neighborhood Committee, went to Ms. Zhao Yabin's home to harass her, but Ms. Zhao resisted. Ms. Zhao pushed them out of her home, closed the door and left. Chen Changdong caught up with her and held her down to the ground. He grabbed the key to her home and called the police station. Then, more than twenty officers from the Wenbei Police Station and the National Security Team of Lunan Police Department rushed into Ms. Zhao's home. The police confiscated a computer, a printer, a CD burner, a satellite receiver, Dafa books, valuable collections and cash, etc. However they made no record of what they took, nor did they provide a receipt.

Ms. Zhao Yabin's husband, Zheng Changzhu, didn't hear about her arrest until the next day. He rushed into their home and saw the door was open and the home was in a total mess. On July 10, 2008, Zheng Changzhu met officer Cheng Changdong. Cheng said, "Zhao Yabin was arrested because she was suspected of practicing Falun Gong. So your home was searched according to law." Zheng Changzhu asked, "You forcibly grabbed the door key from Zhao Yabin. You ransacked my home and you didn't make a list of all the things you took away. How is that called 'searching according to the law'? When the party concerned or her family members were not present, you searched her home and didn't list items that were confiscated. That is a crime. When will you give me the list of items you took?" Chen Changdong didn't have an answer.

On July 11, 2008, Zheng Changzhu went to see Chen Changdong again. Chen said, "Chief Li Lei is in charge of this case. Go to see him." Zheng Changzhu found Li and asked him, "You are in charge of this case. You should clearly tell me the reason why you arrested Zhao Yabin and searched my home. And you should give me the list of items you took from my home." Li said, "I do not serve for Falun Gong. I don't have the list, and even if I did, I wouldn't give it to you!"

Zheng Changzhu requested the list of confiscated items several times. However, he didn't get it until just recently. The police also were unable to provide any evidence indicating Ms. Zhao Yabin's guilt.

On October 8, 2008, Zheng Changzhu received a notice from the Lunan District Court, stating that the court would try Zhao Yabin. From the files the designated lawyer received, Zheng Changzhu found that the required evidence report and item list was not there. The signature on the question record was not from Zhao Yabin. In fact, Zhao Yabin did not give any confession, nor did she sign any documents. The police forged the so-called confession.

On October 10, 2008, the designated lawyer said he had the list of items. Zheng got the list and had a look. He immediately pointed out that the list was forged. There were many inaccuracies. The names and quantities on the list did not match what were on the indictment. The signature was also forged.

On the morning of October 16, 2008, the court opened a trial for Ms. Zhao Yabin. Ms. Zhao said she never saw the list of items and she did not sign a document. The court allowed only three family members to attend the trial, and did not allow them to talk, under threat of arrest. Judge Wang Jian also didn't allow Zheng Changzhu to defend his wife. During the trial, the judge confiscated the five-page defense plea from Zheng Changzhu and then asked the designated lawyer to submit a guilty plea. The prosecuting attorney announced a list of confiscated items. The numbers on the list matched those on the persecuting statement this time. That meant that they had revised the list twice. Zheng Changzhu questioned the prosecuting attorney, "Why is this list not the same as the one the designated lawyer showed to me?" The court guards then pushed Zheng out of the court using the excuse that he was disturbing order in the court.

When the judge was about to announce the so-called "sentence" result, Ms. Zhao Yabin's older sister asked why the court didn't allow family members to speak. And she asked for the defense plea. At that time, several men went to drag her away and threaten her. She then had a heart attack as a result of being nervous and threatened. The court was in chaos. Judge Wang Jian had to declare an adjournment and returned the defense plea to Ms. Zhao's family. Ms. Zhao was then quickly taken away through a side door.

Without notifying Ms. Zhao's family, the Lunan Court secretly sentenced her to seven years of imprisonment. Ms. Zhao refused to sign the sentence statement and submitted an appeal. Her family didn't learn of the sentence until November 3, 2008.

“Immersed in Master's Compassion on Every Step of My Cultivation”