(Clearwisdom.net) After three days of competition, NTDTV's First Global Chinese Piano Competition concluded on October 2, 2008. The chair of the judges committee Ma Changzi said, "It is not important who wins. The importance of this competition is that traditional and classical music get promoted, and more people will benefit from hearing the best music."

Seventeen contestants attended the final round held in the music hall of New York's City Hall. The contestants were required to play two pieces either by J.S. Bach or Frederic Chopin.

Ma Changzi said that one special feature of this competition was that all the pieces played were by the composers Bach, Mozart, Beethoven, and Chopin, whose works have exerted a positive impact on society. "We want to promote such music," said Ma.

This was the first competition for Chinese pianists. The contestants said that this was a precious chance to share their understandings of music. Ma Changzi told reporters that the competition will be held again next year. 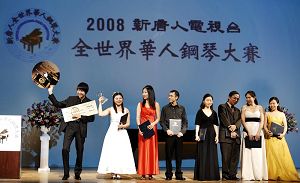 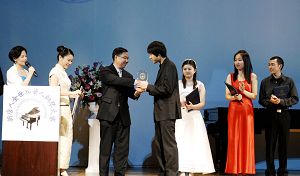 Mr. Lee Zhong, the President of NTDTV, issues award to the winners. 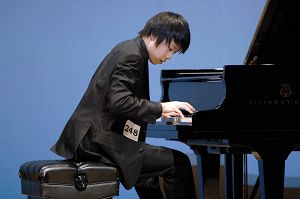 Lin Yi, one of the winners, performs 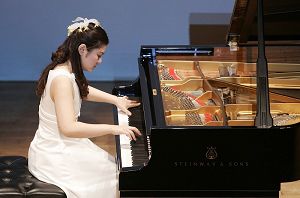 Lianna, one of the winners, performs

The judges committee commended the contestants. Dr. Emily White, a piano professor at the Juilliard School in New York and one of the judges, said that all of the contestants were great, and that she will suggest her best Chinese students to participate in the competition next year. 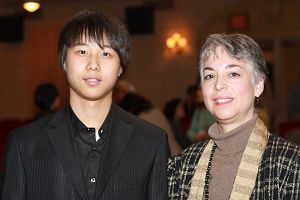 Prof. Emily White and Lin Yi, her student and the first place winner

Mr. Du Peiru, a music therapy physician in New York, said, "The contestants have their own styles. The style of the Chinese pianists is soft. Music therapy emphasizes the interaction between patients and music. As one listens to classical music, his energy status can be kept at a stable level."

The final day of the competition was open to the public. Mr. Hong Chuanxiong, a pianist in New York, said, "This competition is world class. It offers a platform for Chinese musicians to share their skills and understanding of music." He said that he would like to financially support the competition next year. 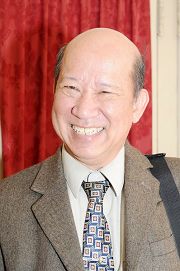 Li Erren, an award winner, said, "We have a responsibility to introduce classical music to the public."

The winners received prizes of $10, 000; $3,000 and $1,000 respectively for the first, second and third places. The champion, Lin Yi, received a special award from the sponsor of the competition.

A concert was held before the awards ceremony, with all the finalists performing one piece by either Bach, Mozart, Beethoven or Chopin.