(Clearwisdom.net) Falun Dafa practitioner Ms. Liu Xiaolian, around 69, was a resident of Babaodao Village, Chibi Town, Chibi City, Hubei Province. In 1958, Ms. Liu developed extreme pain in both eyes. Within two weeks, she became blind in her right eye. In 1995, she began practicing Falun Gong, and within two weeks, she had regained sight in her right eye. She also became more peaceful, healthy, and compassionate. 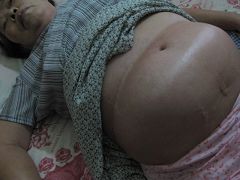 In December 2000, Ms. Liu was arrested for peacefully expressing her views on Tiananmen Square, and her sensitive areas were kicked by the police. Three days later, she was taken to Haicheng City, Liaoning Province. The police stripped all the arrested Dafa practitioners, leaving each one with only their underwear, and forced them outside at the coldest time of the year, the temperatures being as low as -22 degrees Fahrenheit (-30 degrees Celsius).

On January 17, 2001, the police from Chibi City escorted Ms. Liu back from Haicheng. At first, Ms. Liu was detained in the No. 2 Detention Center of Chibi City. A temporary worker named Ye Jun was assigned to torture her. Every morning, Ye Jun beat Ms. Liu in the head, chest, abdomen and other areas of her body. After beating her, Ye Jun would punish her by making her kneel for over four hours. She was tortured like this continuously for a week then transferred to the No. 1 Detention Center, due to the upcoming Chinese New Year holiday. Liu was subjected to numerous methods of torture there.

On a rainy June 28, 2002, Cai Jinping (Chibi City Domestic Security Division leader), Deng Dingsheng (deputy director of No. 1 Detention Center), Qian Yulan (female, deputy director of No. 1 Detention Center, in charge of women's ward), Song Yuzhen (female, guard in the women's ward), and others tried to kill Ms. Liu. Qian Yulan came to the cell and said to Ms. Liu, "You will be paralyzed from practicing Falun Gong. The administration has decided to inject you with some nutritional medication." Ms. Liu didn't want any injections and said to her, "I have become disabled because of the brutal torture you have imposed on me, not from practicing Falun Gong." They took Ms. Liu to the Women's and Children's Hospital opposite the detention center, but the doctors there refused to do the injection. Then the police took Ms. Liu to the People's Hospital in the city. The doctors began preparing the injection without even asking about her "illness." In this way, an unknown drug was injected into Ms. Liu's body against her wishes.

The unknown injected drug began to take effect that night. Ms. Liu's ears, eyes, nose, and mouth began to bleed. Her eardrums hurt so much that they felt as if they would explode. She was throwing up and having loose bowels. She discharged blood at the beginning, and hard bloody lumps that smelled like raw fish five days later. She experienced extreme pain while using the restroom. She could drink a little bit of water, but she couldn't eat anything, and she lost consciousness many times. Even under such circumstances, the police didn't forget to try to extort money. They sent a message to her family, saying that Ms. Liu would die soon. Her spouse was tricked into paying 3,000 yuan and writing a statement to take her home. On August 28, 2002, the detention center let her go home because she was ill.

However, Ms. Liu did not die. She fought to stand up and go out to expose the inhuman persecution of Falun Gong, and people listened to her suffering in tears. The police department heard that Ms. Liu had not died, and she was exposing their evil deeds. The day after she went out, the local police came and arrested her again directly from her bed. She was transferred to the No. 1 Detention Center on October 17, 2002.

On December 6, 2002, detention center head Deng Dingsheng and as many as 18 guards and prisoners brutally tortured this 62-year-old woman. They cruelly beat her, and five people yanked and pulled her body in five different directions simultaneously. Right away, her vagina was torn from the pressure. Her joints became disconnected and crackled as the vicious people pulled and pulled. They took turns beating her while she was being pulled, with shackles as heavy as 25 pounds.

On February 4, 2004, a torture specialist from the United Nations called for information on Ms. Liu Xiaolian. On May 29, 2004, after five months of torture at the detention center, Ms. Liu was carried back home by agents from the town government and police station.

In April 2006, Ms. Liu distributed fliers with information about Falun Gong and was arrested by police informants. Chibi City Police Department officers took her to the psychiatric department at the Puqi City General Textile Mill Hospital and treated her as a patient with a mental disorder. Ms. Liu was tortured with poisonous injections and medication, high-voltage electric baton shocks, insults from male mental patients, etc. Some time after she was locked in the hospital, she was tortured until she was unable to speak.

A physician known as Department Chair Zhang made a pact with the Chibi Town government and the police, agreeing to subject Ms. Liu to medical abuse for the price of 6,000 yuan. Zhang and his accomplices used high-voltage electricity, and shocked her with electric needles for four hours. He also ordered young male psychiatric patients to insult, curse, beat, and sexually harass Ms. Liu. He force-fed Ms. Liu with harmful drugs. He also put Ms. Liu on an intravenous infusion of about 6 liters of poisonous fluids for a 24-hour period. Afterwards, her skin turned dark, and she lost consciousness for two days and two nights. When she came to, she had lost the ability to speak. The doctor only stopped the medical abuse when he saw that Ms. Liu had become mute. After she became mute, she wrote many letters to Zhang and his accomplices, tried to bring out their kindness, and told them they had accrued a lot of karma by persecuting Falun Gong practitioners for monetary incentives.

Ms. Liu Xiaolian was physically and mentally tortured for over two years in this way, suffering from edema and difficulty eating. She was released in August 2008, only when she was on the brink of death, and the doctors predicted that she had only about twenty days left to live. She died on the afternoon of October 26, 2008. 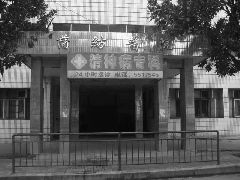 “I Am a Chinese Citizen That's Been Deprived of My Rights”