Ms. Han Ming was an employee of the Pingshui Machinery Factory, a large military machinery factory and the primary employer in the town, located in Pingba County, Guizhou Province. She was detained twice for persisting in Falun Dafa cultivation, and on February 28, 2001, she was sentenced to two years of forced labor. While detained in the Guizhou Province Women's Forced Labor Camp, she was injected with an unknown drug, which caused her entire body to suffer muscle atrophy. She died on March 20, 2003, at the young age of 30. (see http://www.clearwisdom.net/emh/articles/2003/4/18/34663.html) 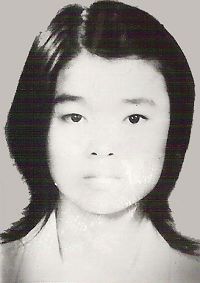 In August 2000, instructed by the Pingba County Police Department, the Pingshui Machinery Factory Neighborhood Administration held a brainwashing session in the Pingshuishanzhuang Hotel. All identified practitioners were forced to join this class. Ms. Han did the Falun Dafa exercises every morning, and the guards discovered her. Police officers questioned her to see if she would continue to practice Falun Dafa, and she said yes. They immediately detained her (and Ms. Ji Yuanfang, who later died in 2002). Her breast was severely infected during detention, and she was bailed out on a medical parole. Upon returning home she quickly recovered from her illness because she kept studying the Fa and doing the exercises.

One morning in early February 2001, the police stormed into Ms. Han's home. They ransacked it, took all her Falun Dafa materials, and detained her a second time for 15 days. Only a few days after being released on February 28, 2001, she was sentenced to two years of forced labor, dismissed from her job, and admitted to the Guizhou Province Women's Forced Labor Camp.

Ms. Han endured cruel mental and physical torture in the labor camp. Guard Gu Xinying tried with all her might to brainwash Ms. Han. She instructed a drug addicted prisoner to write the three statements for Ms. Han to sign. Ms. Han tore the statements into pieces, which made Gu angry, and she slapped Ms. Han repeatedly. She then had eight guards and prisoners hold Ms. Han down on a bed, and injected her with four vials of an unknown drug. These injections caused Ms. Han to lose her memory, and her muscles atrophied, and her legs would no longer support her weight. The camp administration was afraid that her case would be made public, so they kept her family from visiting her. She could no longer take care of herself.

In June 2002, Ms. Han Ming's friend suddenly received a phone call from a guard named Chen in the labor camp. Chen said that Ms. Han was very sick and needed to be picked up. Her friend rushed to the camp the next day, but Guard Shen said she didn't know anything about this arrangement. Ms. Han's friend had to return home alone. In August 2002, the Neighborhood Administration called her friend to pick her up but would not allow Ms. Han to live in her home, because they said Ms. Han was sick with tuberculosis. Her friend asked if it was okay to take her to a single house outside the factory family housing. They agreed but soon changed their minds, and said she must be taken directly to a hospital.

On September 3, 2002, Ms. Han was taken to the Pingba County Hospital with a guard watching her at all times. Ms. Han was very weak and could not stand up. Three days later her mother took her home. She could hardly stand up, but forced herself to study the "Fa" and do the Falun Dafa exercises, even though she fell down several times. Due to the severity of her condition, she appeared to have difficulty breathing and was confused. She died of system failure on March 20, 2003.

“A Westerner Gains Understanding of the Persecution”