(Clearwisdom.net) On the afternoon of March 20, 2008, the police arrested Ms. Gu Li and Ms. Qiu Shuping, both from Jinzhou District, Dalian City, Liaoning Province. After being detained for over six months, Ms. Gu was secretly sentenced to three years and Ms. Qiu to four years in prison. Both have appealed their cases. 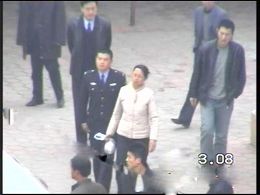 Ms. Gu Li, in her 40s, is a nurse at the No. 2 People's Hospital in the Jinzhou District. She lives in the Xishan Community District of Dengshahe Town, Jinzhou District, Dalian City, Liaoning Province. Ms. Gu began practicing Falun Gong in 1996 and became a person who loved to help others .Plus, she was a diligent and responsible worker. Her child became healthier as well. After the Chinese Communist Party began the persecution in July 1999, Ms. Gu was disturbed when she saw other people deceived by the slander about Falun Gong. She would explain to people how she benefited from the practice and would clarify the facts about the persecution in her spare time.

On the afternoon of March 20, 2008, while Ms. Gu and Ms. Qiu were telling people about the persecution of Falun Gong at a local village, two villagers, Cong Jixiang and Xing Youli, reported them to the authorities. Sun Tong, a police officer from the Dengshahe Town Police Station, and three security officers arrested them on their way home and took them to the police station. At 5:00 p.m that day, police officers ransacked the two practitioners' homes and confiscated their personal belongings. The police tried to deceive them during the interrogation. 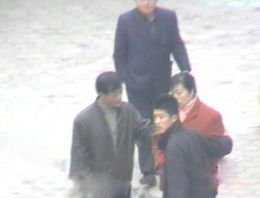 Ms. Qiu Shuping, in her 40s, is a housewife. She lives in Xiaoliutun, Nanguan Village, Dengshahe Town, Jinzhou District. On the afternoon of March 20, 2008, Ms. Qiu was arrested along with Ms. Gu Li. At 3:30 p.m. that day, she was taken to the Sanli Detention Center in the Jinzhou District. Zhao Yue, a police officer from the Dengshahe Police Station, who had participated in the arrest of many practitioners, also participated in the arrests of Ms. Gu and Ms. Qiu.

On August 27, 2008, the Jinzhou District Court tried Ms. Gu and Ms. Qiu. One of Ms. Gu's friends represented her and defended her innocence. A lawyer represented Ms. Qiu and defended her. The lawyer's defense emphasized that the law cannot determine whether a belief system is a cult. The lawyer stated that the law cannot judge what a cult is, because it is not a legal question. The CCP made an incorrect accusation that Ms. Qiu undermined enforcement of the law. However, Ms. Qiu didn't know which law she had undermined the enforcement of, nor did she know how to undermine enforcement of the law. Even the judge and the prosecutor could not figure out which law she had supposedly undermined. As a result, there was no verdict in this case.

After the lawyer's defense, the judge only said one sentence: "Participating in a cult organization is damaging the execution of the law." The lawyers immediately pointed out that this was an incorrect concept and was a misunderstanding of criminal law.

The two defense lawyers gave very strong arguments. During the trial, the court guards, the court personnel, the judge, and the prosecutor listened very carefully to their defending arguments. It was felt that all of the people on the court understood the points the lawyers were trying to convey and learned the absurdity of the false accusations against the practitioners. Over a dozen family members attended the court that day, some of whom had had a misunderstanding about Dafa. But after the hearing, their attitude changed and they realized that their relatives were innocent.

“Ridding Myself of Character Flaws While Clarifying Facts of Falun Dafa”