(Clearwisdom.net) On October 12, the Divine Land Marching Band in Taiwan, consisting of Falun Gong practitioners, was invited to perform at the Basket Show and Lamb Culture Festival, held by the Gangshan Town government in Kaohsiung. More than ten thousand people watched the parade. 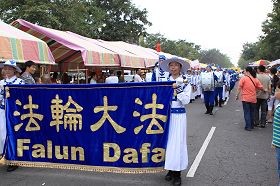 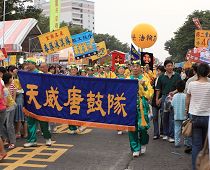 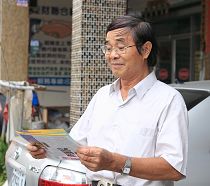 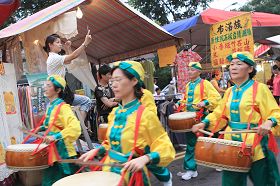 The Divine Land Marching Band has been invited to perform at many community events, but this time, parade organizers invited the band to lead the whole parade. Their performance was warmly welcomed by the spectators.

The parade lasted for three hours. The organizers of the parade had high praise for practitioners' performances.