"Made in China by Forced Labor" (Photos)

(Clearwisdom.net) In recent years, China has gradually become a manufacturer for the world market. Products made in China are filling international markets. How can China produce these products so "cheaply"? Many people have not done in-depth research on this issue, and just think that the labor is cheap in China. Actually, there is more to it--many products are made with the forced labor of inmates detained in prisons and labor camps, including many illegally detained Falun Dafa practitioners. The following pictures are examples of products made by practitioners who are illegally detained in prisons or in labor camps. 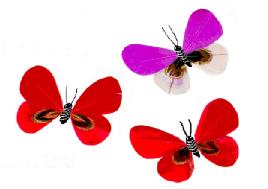 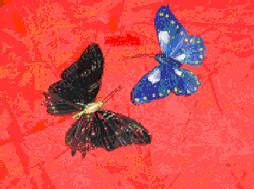 The above pictures are some products and children's jewelry made by Falun Gong practitioners under duress in the Masanjia Forced Labor Camp in Shenyang City, Liaoning Province.

In addition to persecuting practitioners using brutal torture, murder, and sexual abuse, the Chinese Communist Party (CCP) also uses forced labor and organ harvesting to make huge profits. Falun Gong practitioners are illegally arrested and sent to prisons, labor camps, and brainwashing centers just for remaining steadfast in their belief in Falun Dafa and the principles of Truthfulness, Compassion and Forbearance. While they are subjected to physical mistreatment, they also have to do hard labor for over 10 hours a day in very poor working conditions to make products. These products are exported to the United States, Japan, Australia, Europe, and have brought in a huge amount of foreign currency for the CCP. The economic exploitation of practitioners is an important part of the persecution of Falun Dafa by the CCP.

In reality, the products labeled as "Made in China" should be more accurately labeled "Made in China by Forced Labor." The large amount of exported products made in China by forced labor directly violates the regulations of the World Trade Organization and has brought the CCP huge amounts of foreign currency, which is used to further persecute Falun Gong and to pay bonuses to police to encourage them to further persecute practitioners.

When people talk about the economic "miracle" and the huge reserve of foreign currency in China, do they know how much blood has been shed behind the dark curtain?