On June 11, Irish practitioners started a 7-day car tour in order to raise public awareness of the persecution of Falun Gong by the Chinese Communist Party (CCP) in China. 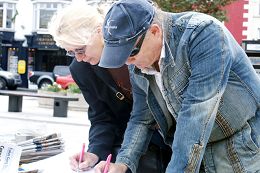 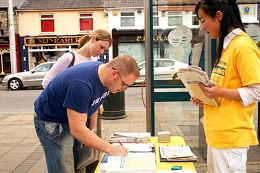 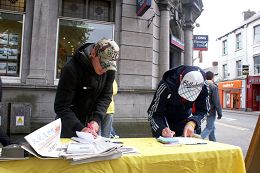 Many civilians signed a petition to condemn the persecution 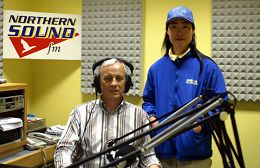 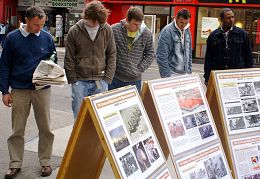 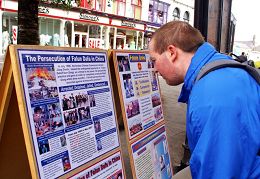 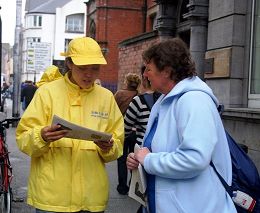 Explaining the facts to a passerby

The car tour started in Dublin, visited Luth County, Cavan County, Monaghan County, Donegal County, Sligo County and Leitrim County, and concluded at Longford County. During the 7-day tour, the weather condition was very unstable, creating additional difficulties for the team. Nevertheless, the practitioners were determined to complete the project so that more people could learn about the persecution.

Upon arriving at a city, they would first visit city council members and media to introduce Falun Gong and the facts of the persecution to them. After the visit, they would hold an information event in the city. The car tour was met with great response from the public. Many kind-hearted people commented that they had never heard about Falun Gong, the persecution and the atrocities of harvesting organs from living practitioners. Some civilians told the practitioners: "You have done a great job! Please keep up your noble effort!" Some told them: "They [the CCP] are so evil, how can they sleep well?" Some volunteered to help practitioners and told passersby: "Please help them (practitioners persecuted in China), freedom is a right for everyone and good will prevail."

There were also many Chinese international students that expressed their indignation at the CCP's atrocities after they learned the truth about the persecution. Several Chinese asked the practitioners to help them to quit the CCP and its affiliated organizations. Among them, two said that they practiced Falun Gong in China before the persecution started in 1999. One said: "I had a lower back injury and many doctors could not heal me. I later learned Falun Gong which miraculously gave me health. However, I gave up the practice when the CCP started to persecute it. I am so pleased to see you guys and I fully support you."

The car tour also attracted much attention from media. Northern Sound Radio, Monaghan Echo, Donegal Democracy and Donegal Post reported on the car tour. Participant Ms. Dai said: "Not only local residents learned the facts of the persecution, but also many local media carried articles about the persecution as they realized that this issue is very important."