Many Suspicions Behind Practitioner Mr. Wang Zhongmin's Cause of Death (Photo)

Falun Dafa practitioner Mr. Wang Zhongmin, 54 years old, was a resident of Group No. 1 in Xinglong Village, Shuagyang Town, Linghai City, Liaoning Province. He started practicing Falun Gong in 1996. On February 28, 2000, officials from Shuangyang Police Station illegally arrested Wang Zhongmin and sent him to the Linghai City Detention Center. The policemen involved included police chief Zhu Zhijie. Mr. Wang was released a month later. On September 28, 2000, Wang Zhongmin went to Beijing to appeal for justice of Falun Gong. Lawless evildoers from the Shuangyang Police Station Zhu Zhijie and Wang Yanli beat him severely. They arrested him in Beijing and took him back to the Linghai Detention Center. One month later they took him to the Jingzhou Labor Camp for two years of forced labor. 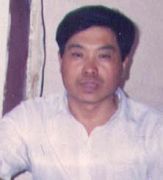 In May 2003, five policemen, including Jing Honggan from the Linghai City 610 Office once again arrested Mr. Wang Zhongmin and sent him to be locked up in the Linghai City Detention Center. He was immediately sentenced to three years of forced labor. Wang Zhongmin's health was poor as a result of the persecution. The Jingzhou Labor Camp did not accept him because his blood pressure was too high, but the "610 Office" refused to let him go free. Two and a half months later, Wang was abused so badly that he had become skeletal and was barely alive. The police were afraid of taking responsibility for causing his death and released Mr. Wang while extorting 4,000 yuan from his son.

Seven days after Mr. Wang went home, a police car knocked him off his bicycle and killed him.

There are many suspicions behind Mr. Wang's death. It is not known whether it was really a car accident or a premeditated murder. The truth is best known by those lawless personnel who cruelly persecuted Mr. Wang Zhongmin.

“Unconditional Release Is a Manifestation of Steadfast Faith”