[Editor's note: On February 13, six practitioners were sentenced to each pay $1000 (Singapore dollars) and if refusing to pay fines, one week in prison. ] 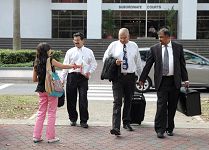 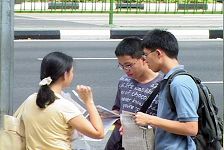 Outside the court, Falun Gong practitioners clarify the truth to the people of Singapore 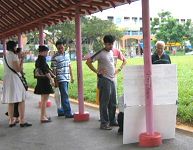 People are learning about Falun Gong and the persecution