The Divine Performing Arts (DPA) will visit Southern Florida for the first time and give two shows in the Broward Center for the Performing Arts in Fort Lauderdale on December 27 and 28, 2007. The Chinese Consulate General in Houston, Texas wrote to Mayor Jim Naugle of Fort Lauderdale, asking him not to attend the show. Mayor Naugle thought the letter was inappropriate. He issued a proclamation to the DPA and plans to watch the show. 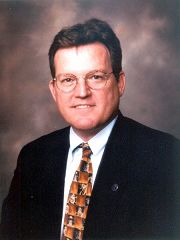 On Wednesday, December 19, Mayor Naugle signed the proclamation and told Nancy Xia, a local organizer for the Holiday Wonders show in Florida, "Did you know I received a letter from the Chinese Consulate General in Houston, Texas. It says that the show is related to Falun Gong. So what? I don't care."

Mayor Naugle indicated that he had previously planned to attend only the reception of the DPA show due to his busy schedule, but now he's thinking about attending the Holiday Wonders show as well.

Based on previous experience, the Chinese Consulate's interference always results in the opposite of what the CCP intends. Tickets for the two shows are selling quickly, and there are only a few front row seats left.

Before the Holiday Wonders show in Charlotte, North Carolina, the Chinese Embassy called the auditorium and claimed the show was related to Falun Gong in an attempt to interfere with the show. The auditorium manager said on the phone, "We are a public facility and welcome any event. If they pay the deposit and sign the contract, we don't have a reason to discriminate against any group."Â

The Charlotte Observer reported this incident on December 14. Julie York Coppens stated in the article, "The show celebrates Chinese culture in its fullest flower -- and the Chinese government doesn't want you to see it." The show went on as scheduled, despite the CCP interference.

Many readers of the newspaper learned about the show from the report and came to watch it. Ms. Bullen from South Carolina bought four tickets for the show and told the ticket staff, "I learned about the Chinese embassy's interference from the Observer's report. I decided to come and watch."

The DPA touring company's Holiday Wonders show will be held in Fort Lauderdale on December 27 and 28. The location is Broward Center for the Performing Arts. For tickets, go to http://www.browardcenter.org/events/holidaywonders.aspx.

“New Yorkers Get a Taste of the Profound Chinese Culture (Photos)”