In the past seven years of persecution of Falun Gong by the Chinese Communist Party (CCP), 2,949 deaths resulting from persecution have been verified through civil channels by breaking through the CCP's information blockade.

Falun Gong practitioners improve their morality and enjoy physical and mental well-being by following Falun Dafa's principles of Truth, Compassion and Forbearance. They wish to share the beauty of Falun Dafa with others, hoping to bring people a bright future. The wicked CCP has been persecuting them for seven years and is still killing them to this day.

Persecuted for speaking the truth 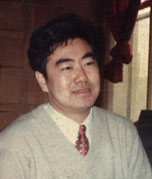 Mr. Yin Anbang, 38, taught at the Heilongjiang Province Party School. After Jiang Zemin and his followers began persecuting Falun Gong in 1999, Mr. Yin's superiors sent him away several times to be persecuted for persisting in his belief and for clarifying the truth about Falun Gong. He was taken away from work in February 2001 and sent to a drug rehabilitation center, where a brainwashing session was held for Falun Gong practitioners who worked for the province's subsidiary organizations. Mr. Yin was later brutally tortured at the Changlinzi Forced Labor Camp. After his release from the labor camp, Mr. Yin taught at a private school. He was reported in October 2005 when clarifying the truth to his students at the Yuandong Branch of Harbin University's College of Science and Technology. He was suspended for ten days and was later reported to the 610 Office. Officers from the Daoli National Security Division arrested him at home on the evening of November 12, 2005. He was detained at the Daoli Police Department Detention Center. Personnel from the Daoli District Procuratorate and the court conspired to sentence him to four years in prison. He was held at Hulan Prison, where he was brutally tortured. He died on August 15, 2006.

Ms. Gu Yeming, 69, lived in Chaoyang District, Beijing. Ms. Gu began practicing Falun Gong in 1993 after she was diagnosed with terminal breast cancer. She quickly recovered through the practice. She said that other patients who underwent the same type of surgery had died, while she was fortunate to practice Falun Gong. The practice of Falun Gong not only gave her a healthy body, but also helped her become a better person, as she conducted herself according to the principles of Truth, Compassion, and Forbearance. Ms. Gu was very kind, helpful and well-liked. She went to Beijing many times to appeal after the persecution began on July 20, 1999. She validated Dafa with her personal experience and also firmly safeguarded Dafa. Officials from the CCP ransacked her home and sent her to a forced labor camp, where she was deprived of sleep, forced to do extensive labor and subjected to brainwashing. Ms. Gu suffered from a cerebral hemorrhage and could no longer speak coherently. She had difficulty walking and became non-responsive after she was taken home. She passed away on August 6, 2006.

After July 20, 1999, Ms. Tian's husband, 53-year-old Mr. Yu Shengquan, was sentenced to three years of forced labor for persisting in his belief in Truth, Compassion, Forbearance. He was released in early 2006. Ms. Tian also persisted in her belief and went to Beijing twice to clarify the truth about Falun Gong. The officials harassed, monitored, and threatened her. They ransacked her home and sent her to the Anqiu Town brainwashing session and to the Anqiu City Custody Center. Ms. Tian Ruiying passed away on August 20, 2006.

Mr. Guo Juting told his family members before he passed away, "You should remember Falun Dafa is good; Truthfulness-Compassion-Forbearance is good."

Mr. Guo Juting, 69, was a retired worker from Tianfu Town in Suining City, Sichuan Province. He was once afflicted with severe bronchitis, emphysema, lung hemorrhages, rheumatism, rheumatoid arthritis, gastroenteritis and other illnesses. Medical treatments did not help him. He was cured of all his illnesses within a month of practicing Falun Gong.

After the persecution began, Mr. Guo Juting went to the Tianfu Town government offices to clarify the truth about Falun Dafa. Official Gan from the town police station whipped him with a belt. The police arrested him and took him to a forced labor camp, where he was subjected to brainwashing.

After leaving the forced labor camp on December 30, 2002, Mr. Guo continued to study the Fa and do the exercises. He clarified the truth in the streets, at teashops and restaurants. He went to different towns and townships to spread the truth. He saved money to make truth-clarification materials in order to rescue people deceived by the CCP regime propaganda. The police ransacked Mr. Guo's home again on November 13, 2003, and arrested him, taking him to the Lingquansi Detention Center in Suining City.

Mr. Guo held a hunger strike to protest the persecution and was brutally force-fed and injected with toxic substances. Despite the abuse, Mr. Guo always remembered, "Falun Dafa is good." The guards continued to beat him. He was released on December 3, 2004 when he was on the brink of death.

Mr. Guo Juting died on January 24, 2005. He repeatedly said to his sons while lying in bed, "You should remember Falun Dafa is good; Truthfulness-Compassion-Forbearance is good." He closed his eyes and passed away after his sons promised, "We will certainly remember." 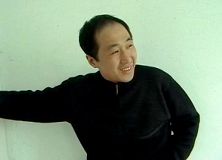 Mr. Lei Ming, 30 and single, lived in Baishan City, Jilin Province. Mr. Lei, Liu Chengjun and other practitioners worked together to broadcast Falun Gong videos in Changchun on March 5, 2002 to clarify the truth to the public deceived by slanderous CCP propaganda. They were arrested and Changchun City Intermediate Court officials sentenced Mr. Lei to 17 years in prison.

More than 5,000 Falun Gong practitioners were arrested in Changchun after Jiang Zemin issued a secret order to "kill without pardon." At least ten practitioners have been tortured to death, and most of the other incarcerated practitioners are in perilous circumstances.

Mr. Lei Ming was brutally tortured at Division 1 of the Changchun City Police Department and at Jilin Prison. The torture methods included the tiger bench, and electric shocks to the face, mouth, neck and anus. The police wrapped Mr. Lei's head in a plastic bag and nearly suffocated him. They put a metal barrel over his head and banged on it; they burned his neck with a red-hot screwdriver; they beat him, flicked his eyeballs, squeezed his testicles, and tied him onto a stretch bed for seven days. They also made him sit on a small stool from 4:50 a.m. until 7:30 p.m., which made him vomit blood. He was disabled and emaciated from the torture and could not take care of himself. He developed heart disease, tuberculosis and other conditions. He passed away on August 6, 2006.

Reenactment of the torture used on Lei Ming

Stop the crime with justice and conscience

Falun Gong practitioners have endured more than seven years of genocidal persecution by the CCP in order to bring the wonders of Truthfulness-Compassion-Forbearance to the world's people. The persecution is a disgrace to mankind and is a persecution of the entire world. Let us see through the true nature of this evil disaster that has befallen a group of kind and innocent people and together end the crime, with justice and conscience.

“The Stockholm Syndrome and the Nine Commentaries on the Communist Party”