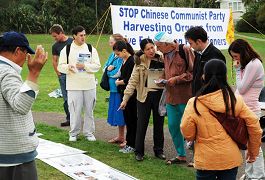 Many people stop to view the truth-clarification posters 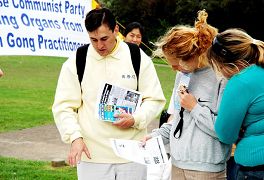 Explaining the truth about the persecution 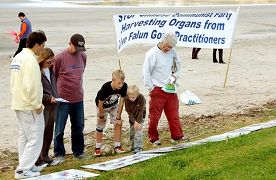 A family is shocked by the CCP brutality 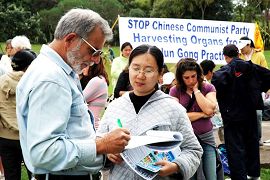 Many citizens condemned the CCP brutality and said that their own government should refuse to do business with the CCP for its violations of human rights. Many people told practitioners that their politicians should learn a lesson from the Nazi Holocaust and should take actions to stop the persecution.

Many people signed their names to the petition supporting Falun Gong, and asked practitioners how they could help more. Practitioners collected more signatures than they expected.