Jiuquan Prison is located in the desert and was initially built in October, 1951. It was originally named the Jiuquan Electrical Machinery Plant to cover up that it was a prison. It has 469 guards and current staff members, plus 330 retired staff members. Its main electrical machinery plant occupies three acres. The prison is comprised of thirteen buildings. Two affiliated farms, the Chengjiao Farm and the Qingshui Farm, occupy 1,650 acres. A large number of "political prisoners" and "right wingers" sentenced to long prison terms were detained here in the 1960â€™s. The prison is now used to detain Falun Dafa practitioners. 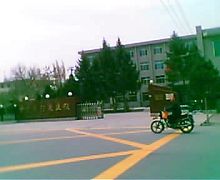 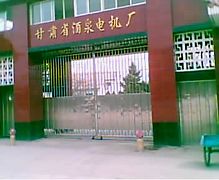 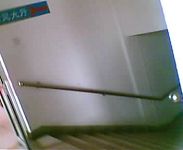 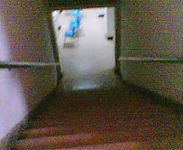 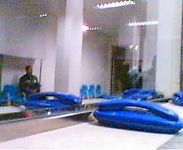 Leading from the dining room are the stairs to the basement, where the real underground meeting hall for prisoners is located

Around the Chinese New Year (January 29) in 2006, male Falun Dafa practitioners from Gansu Province who had been sentenced to prison terms were transferred to the Jiuquan Electrical Machinery Plant, and torture methods used on practitioners became more brutal. Instead of forcing Falun Dafa practitioners to do hard labor, beating them and verbally abusing them, the prison deprived them of sleep. Detained practitioners could not tell their families, who had come to visit, what was happening to them because police guards monitored their conversations.

“Letter to the Editor: It is My Most Fervent Hope that Liu Jizhi has Managed to Make it Out Alive”