(Clearwisdom.net) On February 27, Wenzhou patient Xie Baoshi had a check-up at the Heart Surgery Section of Jilin University No. 2 Hospital. The doctor told her that if she did not have a heart transplant, she would live only another three months. The next day, she had a heart transplant. The media article did not talk about the origin of the living organ donor, and that the hospital had found a suitable heart donor within a day. Jilin Heart Disease Hospital also found a high quality donor for another heart operation within a month. Where did these two hospitals in Jilin find living donors so fast? This is a big question mark? Please read the following details. 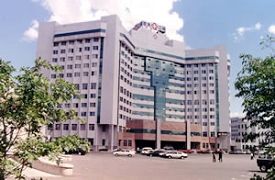 Jilin University No. 2 Hospital is located at the city center of Changchun City.

That is to say, from the time the heart is taken from the donor to the end of the procedures cannot exceed six hours. Xie Baoshi went to the hospital for a check up on the 27th. The doctors recommended an operation. They said that the donor must be alive. Four to six hours prior to Xie Baoshi's operation, a living person's heart was removed.

The report said: It only took over ten minutes to remove the heart from donor. The staff of the 1st team immediately delivered the heart to the hospital. It took only an hour and a half for a one hundred kilometer distance. The heart was delivered to the operating room. Another team had already removed the heart from the patient. After another one and half hours the operation was completed.

The media report did not explain the origin of the living organ donor. Yet, the patient was examined, and the hospital found a suitable heart donor and completed the operation on the next day. That makes on wonder where Jilin University No. 2 Hospital found a living donor so quickly?

According to the hospital's records, Jilin University No. 2 Hospital Nephrosis Internal Medicine Section had successfully carried through nearly 100 kidney transplant operations by the end of 2003. 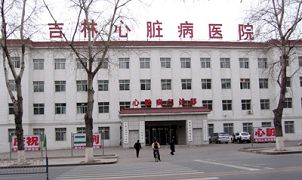 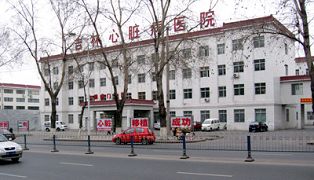 On March 6, 2006, Changchun's City Evening newspaper reported: On March 3, Jilin Heart Disease Hospital performed a heart transplant on Jia Runze from Gongzhuling in Jilin Province. The patient was in good spirits and condition after the operation. 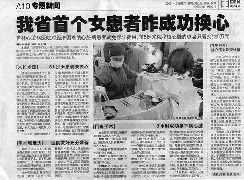 Find High Quality Donor Within a Month, Only Charged 50,000 Yuan

Information reveals, Jilin Heart Disease Hospital is a privately operated hospital that was constructed at the same time as the People's Liberation Army No. 208 Hospital. This hospital was granted a low interest loan of US$2.7 million from the Israeli government. As part of a cooperative effort with the Jilin Province Charitable Association, an agreement was reached with the German Heart Center (Berlin) to establish Jilin Heart Disease Hospital China and Germany Heart Disease Center. It is a hospital that specializes in cardiovascular disease It was set up on January 5, 2005 inside the former Changchun People's Liberation Army No. 461 Hospital.

It generally is very difficult to find a live heart organ donor. Jilin Heart Disease Hospital was actually able to successfully complete two transplant operations within a short time, and put a big billboard at the hospital gate: "Celebrate Success of Two Heart Transplants." Not only that, they also advertised in a newspaper that they only charge 50,000 yuan (originally 150,000 yuan) to the first five heart transplant patients. Where do they get the live donors for the organs?

“The Advertiser (Australia): Inmates on death row 'give organs'”

“An Open Letter to Potential Organ Transplant Patients and Their Families”