The Shanxi Province Kidney Transplant and Dialysis Center is a division of the No. 2 People's Hospital in Shanxi Province, also called the Province Occupational Disease Hospital that was set up in recent years. 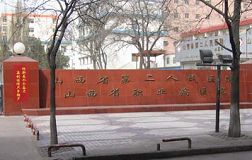 The center has 50 sickbeds. Forty-five of those were occupied and when someone visited the day before yesterday. An inside source from the CCP let it be known that the center performed over 100 kidney transplant operations annually. The kidneys came from all over the country. Oddly enough, the maximum death sentences handed down annually in Taiyuan City amounts only to between ten and twenty. The center pays 30,000 yuan to buy a kidney. The price the patient has to pay is 70,000 yuan per kidney. The hospital entrance displays this clear information: "Set up ten years ago... the number of kidney transplant surgeries exceeded 500 such procedures at the end of 2004...among the top 20 in China." 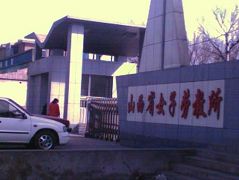 The Yong An Funeral Home near the Taiyuan's Xindian Forced Labor Camp was set up within the past ten years.

Because of firmly practicing Falun Gong, I was unconstitutionally detained in the Xindian Forced Labor Camp from 2001 to 2002, during which time I witnessed executions by agents from the evil Chinese Communist Party twice. One day before the execution, the death row inmate about to be executed would be given an injection.

According to employees from the Yong An Crematory and nearby residents, the door next to the Yong An Crematory leads to the covert "Judicial Police Training Center of the Taiyuan City People's Court." People there carry the court-ordered executions. The Kidney Transplantation and Dialysis Center employees from the No. 2 People's Hospital in Shanxi Province go to the execution site to harvest the organs for transplants. The western and northern entrances of the training center face the street, but the doors are tightly closed. If one stands on a higher point at the Yong An Funeral Home one notices an entrance at the south-east corner of the training center, but one cannot see the pathway. People are walking around inside the compound where big busses are parked. If one looks at it from the street, though, it seems there is nobody behind the high walls.

In recently years, several thousand Falun Gong practitioners have been illegally incarcerated in the Taiyuan City Xindian Forced Labor Camp, in both the women's and men's camps; several practitioners are known to have been beaten to death. It is possible that some practitioners have gone missing since being transferred from the camp.

Over 30-year-old practitioner Mr. Li Huiwen, an employee from the Shanxi Province Yangquan Mining Department died on February 26, 2003 as the result of persecution by abusers at the Xindian Forced Labor Camp.

The number of deaths of Falun Gong practitioners confirmed by Clearwisdom Net is only one tenth of the total.

Due to time constraints, I hereby provide the telephone numbers and addresses for the readers, to make investigation and inquiries.

Address for the No. 2 People's Hospital in Shanxi Province, also called the Province Occupational Disease Hospital, as mentioned above: