On November 23, 2006, the Thanksgiving Parade in Chicago was held on State Avenue. More than 300 thousand spectators watched the parade, and 1.5 million watched on ABD Channel 7. 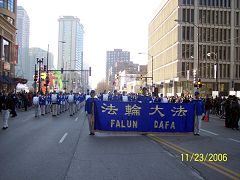 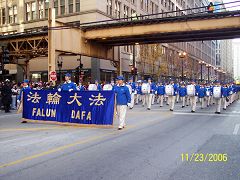 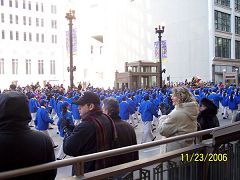 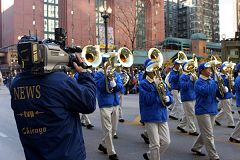 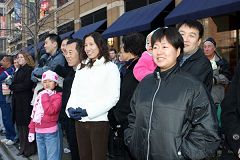 Chinese people are proud of the band.

The host of the parade introduced the band to the spectators: "This is a band consisting of 200 Falun Gong practitioners from all walks of life. They are trying to spread traditional Chinese music and culture."

After the parade, practitioners assembled at Thompson Center. They played "Falun Dafa is good" and gave thanks to Master.