Santa Fe is the capital of the state of New Mexico and is also the second oldest city founded by European colonists in the United States. On June 11, 2005, practitioners from southwest New Mexico and Colorado visited this unique city. The practitioners' exercise demonstration at a square at the city center attracted many tourists and local residents, and many of them learned the exercises at the site. Several children imitated the practitioners' movements throughout all the five exercises.

In the afternoon, practitioners held a free teaching workshop at a public library in the downtown area. Many people attended the workshop, learned the five sets of exercises and learned about the ongoing persecution in China. 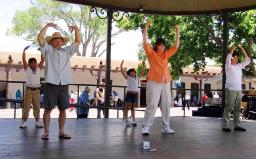 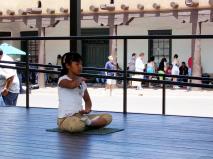 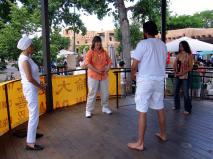 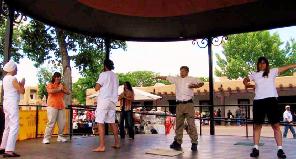 Many tourists and local residents learned the exercises during the demonstration