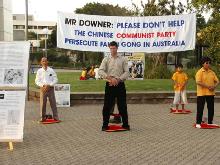 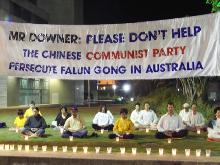 The activity was held in front of the State Library in the center of the city. The Falun Gong exercise demonstration and photo exhibition attracted many passersby. People were surprised to know that such a peaceful exercise is persecuted cruelly in China, and many expressed disdain at Foreign Minister Downer's placing economic benefits above human rights. A lot of people signed their names to support Falun Gong's appeal in front of the Chinese Consulate in Canberra. 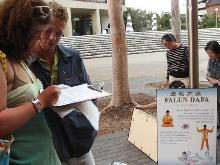 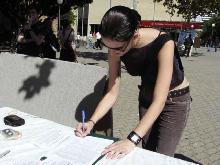 Signing petition in front of the Chinese Consulate in Canberra 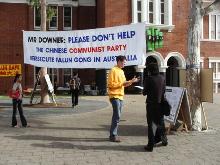 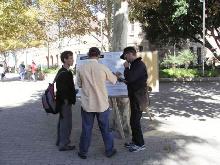 Clarifying the truth to passersby