The Current Situation of Xu Shuai, the Son of Dafa Practitioner Xu Weidong Who Was Persecuted to Death (Photos)

(Clearwisdom.net) Xu Shuai is 14 this year. Before he practiced Falun Gong, his mother had left due to the poverty of the family. Xu Shuai lived with his grandmother and father and started to learn Falun Gong with them when he was 6 years old. He frequently participated in group Fa study and practiced the exercises at the local practice site. From then on, the family always felt full of peacefulness and warmth, yet they were still very poor. 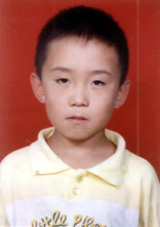 However, his grandmother and father were persecuted simply because they practiced "Truthfulness, Compassion and Forbearance." Police and community personnel frequently came to harass his family. During the past five years of persecution, he lost his grandfather, grandmother, father and uncle, and now he is without any care except for his aunt and uncle. Even under such a circumstance, he studies well, but suffers greatly from the loss of his loved ones. 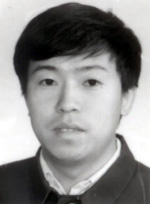 Dafa practitioner Xu Weidong, died on Dec. 29, 2004 due to persecution

Now Xu Shuai lives in his aunt's home. His aunt and uncle have lost their jobs, and their 10-year-old son is in elementary school, which leaves them in dire straits financially.

Xu Shuai's mother re-married and has a 3-year-old son. She had previously planned to take care of Xu Shuai, but the thought of the sacrifice and hardship changed her mind.

Xu Shuai's grandfather, Xu Zilin, worked in a pharmacy in Jilin and began practicing Falun Gong in 1996. He used to be bad-tempered, but changed greatly since he took up Falun Gong. After the persecution started, his son Xu Weidong and his wife Xia Guiqin went to Beijing to appeal on October 1, 2000. Xu Weidong was sentenced to 3 years in the labor camp and Xia Guiqin was sent to a brainwashing class. On the 15th day after his wife was detained, he went to the community office to ask for her release. However, he got no response. The 66-year-old man was in such extreme despair as a result of the persecution that he died the day his wife returned.

Xu Shuai's uncle (non-practitioner) was sick at home for a long time. Because his parents and brother practiced Falun Gong, he benefited with improved health. After July 20, 1999, the family was frequently harassed and his mother and brother were detained and sent to a labor camp. His health deteriorated and he finally died at home. 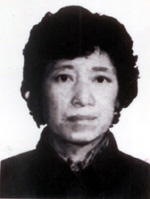 Xu Shuai's grandmother, Xia Guiqin, began practicing Falun Gong in 1996. Since then, a lot of diseases that she had been afflicted with, such as hepatitis and rheumatism, disappeared. After the persecution began on July 20, 1999, she went to Beijing 3 times to appeal. On July 20, 1999, she was detained for 15 days after going to appeal. On September 27, 2000, she was detained for 15 days once again after appealing for Falun Dafa in Beijing.

Her son, Xu Weidong, lost consciousness for a long time due to the persecution in Huanxiling Labor Camp. Seventy-year-old Xia Guiqin had to take care of her unconscious son and her grandson, but the police station and the community office continuously harassed her. Under the extreme torment, a tumor developed in her breast. She paid no attention to it in the beginning and kept working. She felt deeply grieved whenever she watched her ill son, who was confined to bed for over 2 years.

In June and July of 2004, Xia Guiqin went out to post truth-clarification signs though she had difficulty walking. The director of the community office saw her clarifying the truth and led policemen to ransack her home that night. After the persecution by the police, she was in extreme pain and lost the ability to work. She died on August 20, 2004.

“Dealing with Symptoms of Physical Illness with Righteous Thoughts”