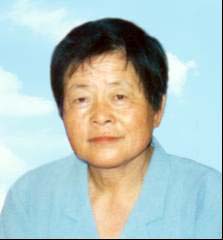 Ms. Wang Fengru worked as an accountant in her village for thirty-eight years. She began to practice Falun Gong in November 1997. Before practicing Falun Gong, she had hypertension and lower back problems. After beginning the practice, she was strict with herself in following the principles of "Truthfulness, Compassion and Forbearance," and her illnesses soon disappeared. She also told many others about the beauty of Falun Dafa, and as a result, many people from her village also started to practice Falun Gong.

On February 1, 2002, near the Chinese New Year, Ms. Wang's village had a meeting for the local Communist Party members. She tried to clarify the facts about Falun Gong to the village officials and some party members of her village. However, Ms. Wang was reported to the authorities for doing so. On February 4, 2002, Xiao Zhongying and Bi Shijun of the Heishan County National Security Brigade, and Gao Lizeng of the Zhenan Township Police Station abducted Ms. Wang and took her to the Heishan Detention center. She was illegally detained for more than a month, and her family was extorted of 5,000 yuan before she was released.

When Ms. Wang Fengru was illegally detained, Bi Shijun and some other police officers viciously beat her. Even after being released from the detention center, police officers often harassed her and tried to force her to write the so-called Guarantee Statement. Under pressure, Ms. Wang's husband also pressured her to give up her belief by limiting her financially. As a result, she suffered both physically and mentally.

On July 23, 2003, the county's Disciplinary Committee and village officials again went to Ms. Wang Fengru's place to threaten her and strip her of her party membership. Due to the relentless suffering and the many injustices, she was depressed and her blood pressure was very high. Thus, Wang Fengru passed away on July 25, 2003.

“Mr. Yu Shujin Was Transferred to Tiebei Prison in Changchun, Jilin Province While in Critical Condition”