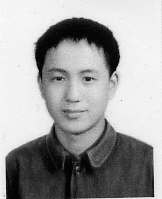 Shanghai native Mr. Xingxing Ma, age 40, died from injuries sustained from torture, the severity of which left him bedridden and unable to recognize his family shortly before his death.

NEW YORK (FDI) -- During the month of February 2004, details of 30 deaths of Falun Gong practitioners in China were uncovered despite a continued black-out maintained by Chinese authorities on information about Falun Gong-related cases.

Many of the deaths occurred in the past few months, while some were deaths from 2002 and 2001 that have only recently been uncovered.

The 30 cases represent an increase in reports of killings of Falun Gong practitioners in China. During the prior three months from November 2003 to January 2004, a total of 64 deaths were reported. (news)

"Torture and killings of Falun Gong practitioners remain widespread and authorized by a few high-ranking officials," says Falun Dafa Information Center spokesman, Mr. Erping Zhang. "This is why we welcome actions such as the resolution being put forth before the U.N. Human Rights Commission to censure China...the spotlight must be brought down upon the actions of these individuals within the Chinese Government who wantonly continue to order and encourage these atrocities."

For the last four years, sources in China have revealed that police are authorized to report torture-related deaths of Falun Gong practitioners as "suicides" or deaths from "natural causes" or "illness."

Families often receive inaccurate reports for cause of death put forth by authorities.

Mr. Peng Guangjun, age 55 and residing in Bejing, was beaten to death by a policeman and died in an "Intensive Training Unit." Peng was undergoing "transformation" for saying aloud "Falun Dafa is good" while in the Tuanhe Labor Camp. Authorities told family members that Mr. Peng died of an illness and were offered funeral expenses if they agreed to not inquire further into the cause of his death.

Prior to cremation, however, one source who examined Mr. Peng's body discovered multiple electric shock marks on the face, fractured bones, bloodstains and black and purple bruising of the head and body.

Ms. Jiang Chunxian age 34 of Dehiu city was reported by prison administrators to have died at Baiqiuen Medical College Hospital of "sudden" heart failure. Family members say, however, that Jiang never had a history of heart disease. Furthermore, upon examining her body at the Heizuizi prison, her family says they discovered evidence of torture - a large pooling of blood at the back of her body and large red areas in the insides of her thighs.

Sources familiar with her case confirmed that Jiang had been force fed, beaten and shocked with electric batons.

Mr. Ma. Xingxing age 40 of Shanghai died at home after undergoing torture at the Qinpu Labor Camp. Sources say Ma was released by authorities when he was close to death, and that he was emaciated, bedridden, unable to eat and was no longer capable of recognizing the faces of his family.

The name of one Falun Gong practitioner whose case was reported in February remains unknown.

Falun Gong, also known as Falun Dafa (about), is a practice of meditation and exercises with teachings based on the universal principle of "Truthfulness-Compassion-Tolerance." Practiced in over 50 countries world-wide, Falun Gong has roots in traditional Chinese culture. With government estimates of as many as 100 million practicing Falun Gong, China's Communist leader Jiang Zemin outlawed the peaceful practice in July 1999 (report). Since that time, Jiang's regime has intensified its propaganda campaign to turn public opinion against the practice while imprisoning, torturing and even murdering those who practice it. The Falun Dafa Information Center has verified details of 914 deaths (reports / sources) since the persecution of Falun Gong in China began in 1999. In October 2001, however, Government officials inside China reported that the actual death toll was well over 1,600. Expert sources now estimate that figure to be much higher. Hundreds of thousands have been detained, with more than 100,000 being sentenced to forced labor camps, typically without trial.

“Thoughts and Words from the Heart of a Village Chief”