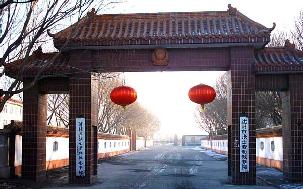 The "Special Division" at the Zhangshi Forced Labor Camp, which specifically persecutes practitioners, was set up on November 13, 2000. There are seven rooms in this division, and more than one thousand male practitioners from Shenyang City and the surrounding area have been detained there for brainwashing and persecution.

In July 2004, nearly thirty practitioners were still detained there. Every practitioner had one or two "helpers" monitoring him. Everyday after breakfast, which was as early as 6:00 a.m., practitioners were compelled to start forced labor: packing "sanitary" chopsticks. They couldn't stop until supper, and breaks were not allowed. Also, from the beginning of 2002 through the end of 2003, practitioners were under duress to do forced labor including making paper boxes, attaching parts to rubber combs, painting craft items such as sweet potatoes and cucumbers, and making neon light bulbs. 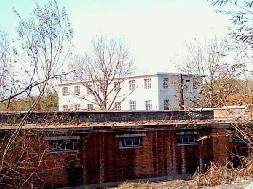 "Zhangshi Small Building" Brainwashing Center is three stories tall. There are ten rooms in the second and third story. Over half of the rooms are used to brainwash practitioners. The methods include sleep deprivation, shocking with electric batons, squatting or having the body folded for long periods of time, being tied with ropes and aggressive force-feeding.

Practitioner Ms. Wang Hong was in her 30's. She was transferred from the Longshan Forced Labor Camp to the "Zhangshi Small Building" in the middle of June 2001. She was tortured for 18 days, which included sleep deprivation, squatting and folding of the body for eight hours, beatings, and being force-fed with a mixture of concentrated saline solution and corn bread. In early July, she was sent back to the Longshan Forced Labor Camp for further persecution. She experienced kidney failure. Although she was released in late August, she died just a few days later.

Ms. Yang Sulan from the Huanggu District in Shenyang City was 65 years old and was sent there in October 2002. Nearly ten people attacked and humiliated her, and deprived her of sleep. They choked her to a point where she couldn't raise her arms. They threatened that if she didn't "reform," she would be sentenced to forced labor or prison terms. Although Ms. Yang was released after being persecuted for over 50 days, her body and mind were greatly harmed. She died at home on June 1, 2003.

In the spring of 2003, Mr. Li Chengping, a practitioner from Shenyang City in his 50's and an employee of the Shenyang City's Huishan Dairy Industry, was tortured there and suffered a mental collapse.

Another practitioner, Ms. Liang in her 60's, suffered the same abuse. 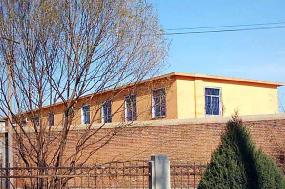 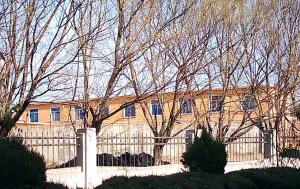 Among the practitioners detained and directly sent there, some were arrested by their workplace authorities, neighborhood committees, police stations and "610 Offices." Others were those whose terms had already expired and were transferred there for further persecution from the Masanjia Forced Labor Camp, Longshan Forced Labor Camp and Zhangshi Forced Labor Camp.

The family members or the workplaces of the practitioners detained had to pay the 3,000 yuan "fee" for each session, which lasts 20 days. If the practitioner was not "reformed," he or she would have to attend the next session and another 3,000 yuan would need to be paid.

"The Inside Story of the Shenyang Zhangshi Forced Labor Camp Brainwashing Center,"

IV. Slave labor in the cells of the "Normal Re-Education Division"

The "Normal Re-Education Division" has a four-story building of cells. Since 2000, nearly forty practitioners who were steadfast in their belief have been detained there for "extensive labor and severe discipline." They were sent to the workshop across the street from the cell-block and were overloaded with labor. The labor included packing "sanitary" chopsticks, attaching parts to rubber combs, making plastic comb cases (this labor was for Division Three and Four), weaving metal grates for barbecues (this labor was for Division Six) and molding plastic balls. 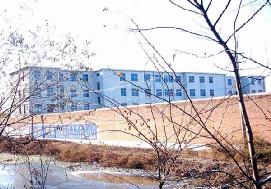 The conditions at the slave labor workplace are quite poor. The glue for making the plastic cases irritates the nose and eyes. The plastic ball molding substance is toxic and inhaling the fumes causes dizziness. After working there for a while, practitioners are transferred to other places such as the "Falun Gong Special Division," the "Zhangshi Small Building" and the "Legal Education School" for brainwashing.

“A Lymphoma Patient's Life is Saved by Practicing Falun Dafa”