Torture Method No. 1: Battering the Head with a Nut from a Large Bolt

The torturer wraps the nut from a large bolt with wool, fastens it with a rope, and then swings it around forcefully to repeatedly hit a practitioner's head, leaving many dents on his skull. The practitioner's head is so painful that it seems that it is split open. The practitioner can easily suffer a mental breakdown. Practitioner Yu Fuqi's head sustained over 20 fractures, which resulted in severe post-concussion syndrome. (See Illustration 1) 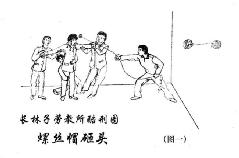 Torture Method No. 2: Dousing with Water and Then Shocking with Electric Baton 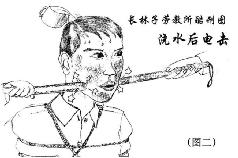 Torture Method No. 3: Inserting a Rat into a Practitioner's Underclothes

The torturers locked practitioner Tang Shaoyong on a chair, shocked him with an electric baton, and inserted a big rat into his underclothes, allowing it to run around biting him. (See Illustration 3) 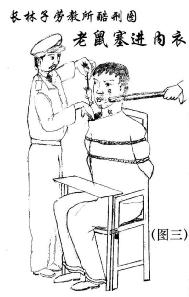