(Clearwisdom.net) Ms. Li Guojun was a thirty seven-year-old native of Dongwang Village, Shouguang City, Shandong Province. She was tortured to death on June 5, 2002. She left a son, Sun Haibo. 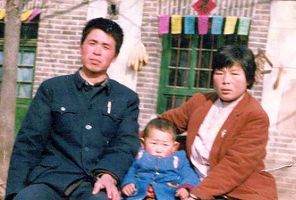 Sun Duxian, forty-two years old, is Li Guojun's husband. He makes his living as a farmer.

Li Guojun started to practice Falun Dafa in 1997. Before she practiced, she was very weak and suffered numerous illnesses. In fact, her health was so poor that she was not able to work. After she started to practice Falun Dafa, all her illnesses disappeared and she became a healthy person. She was able to work and take care her household, which brought happiness to her family.

After Jiang Zemin's unscrupulous regime instituted the illegal persecution of Falun Gong on July 20, 1999, Li Guojun, like many other practitioners, demonstrated the principle of compassion and appealed to the government, her only motive being to tell them the truth about Falun Gong. For this the county police detained her for seven days and fined her 700 yuan. When she appealed again she was detained for thirty days and fined 7,600 yuan. The third time she appealed she was detained for more than a month and fined 4,600 yuan. Her family was not rich; they were ordinary farmers, yet they were in a situation where they were constantly being forced to pay these fines. The 610 Office's persecution of Li Guojun did not end there. They came to her house and harassed her every other day, and she was arrested on the so-called "sensitive days," when many practitioners are arbitrarily rounded up. On June 4, 2001, while Li Guojun studied the Fa at the home of another practitioner, she was reported to the authorities, who abducted her and took to a detention center where she suffered inhumane torture. Later she was sent to a brainwashing center. That very night, she escaped. Since she was then a fugitive, she became homeless and destitute . On April 16, 2002, the Weifang City police again abducted her. She was brutally tortured and sent to Shouguang City brainwashing center. Because Li Guojun firmly refused to give up the practice of Falun Dafa, she suffered all kinds of brutal torture and died on June 5, 2002. At the time of her death, her mouth was bleeding, the soles of her feet were burned and had deep red marks, and there were purple speckles all over her body.