The extent of Chinese Government censorship of what its people say in online chat rooms has been exposed by Reporters Without Borders.

Messages critical of the Chinese Government either never appear or are purged from popular chat rooms, a study by the free speech pressure group has revealed.

The study also found that Chinese law enforcement agencies regularly track down and even jail the authors of the critical messages.

Reporters Without Borders estimates that China employs 30,000 people to watch what its people are doing online.

During a month-long study the pressure group tested the surveillance by repeatedly trying to post messages to popular chat rooms.

Researchers for the group prepared messages rated on a scale of one to 10 for how provocative they were. 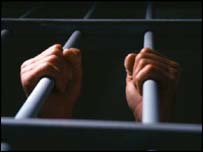 Level one messages were innocuous and contained no criticism of the Chinese authorities. All such messages appeared in the chat rooms.

Level 10 messages were deeply critical of government policy or called for the release of jailed dissidents. Almost none of these messages showed up in chat rooms or were removed after a short delay.

More than 70% of messages of level seven or eight, that mentioned sensitive political topics but were not directly critical, appeared in chat rooms but were generally removed after a few hours.

Broadly, only 30% of controversial messages made it on to the internet.

Reporters Without Borders put the censorship down to the fact that any organisation wanting permission to run a net service business must sign a "self-discipline pact" that means it agrees to watch what its subscribers and customers do and say online.

The "self discipline pact" requires net service firms to filter all traffic in order to censor discussions and weed out messages that mention banned topics. 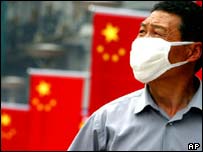 "Sars is on a list of words banned in discussion rooms "


As well as messages critical of the authorities, net firms are also required to control discussions about human rights, Taiwan independence, [...] Sars, the BBC and the banned Falun Gong spiritual movement.

The report also found that some web firms do a better job of filtering than others.

The consequences of posting critical messages can be severe.

"More people are in prison in China for expressing their views on the internet than in any other country in the world," says the report on the filtering experiment.

One woman, 22-year-old Liu Du, has been in jail since November 2002 for posting critical messages on discussion boards.

In total Reporters Without Borders estimates that 36 people have been arrested and jailed for putting controversial [material] online.