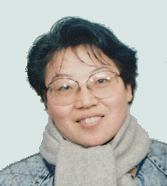 At the end of August 2002, the American Psychiatric Association held a press conference to officially request that the Jiang regime stop using the profession of psychiatry to persecute Falun Gong practitioners. The announcement was made during the International Conference on Psychiatry in Yokohama, Japan. At the press conference, Wu Lili appealed for the release of her sister Wu Xiaohua, an associate professor of Anhui Construction Engineering College who was being detained in Anhui Mental Hospital.

The doctors from China who participated in the conference were asked about the situation in China and their opinion on the persecution. Every doctor felt uncomfortable with his own conscience and was ashamed of the crimes instigated by the Jiang regime.

Wu Xiaohua, with her righteous thoughts, righteous behavior and heart of compassion helped those doctors, who initially cooperated with the evil p0ersecution, realise that Wu Xiaohua is a very good person and has no mental illness at all.

After being detained in the Anhui Mental Hospital for over a year, Wu Xiaohua was taken away by two people to Anhui Women's Forced Labour Camp in October 2002. No further information is available at the time of this writing.

I hope that fellow practitioners will make phone calls to help eliminate the evil factors around her.

“Letter from a Fellow Practitioner in Beijing: Grasp Every Minute and Second to Clarify the Truth”