(Clearwisdom.net) According to Qingdao News net on July 5, a mirage appeared over the sea across from the Wangchao Hotel in Qingdao at around 7:00 p.m. on July 4, 2002.

Many people took photos and some observed it with telescope. Over the sea, a large modern-looking seaport appeared with many structures and twinkling lights, making it difficult to tell between what was real and what was a mirage. It was a remarkable sight to behold. 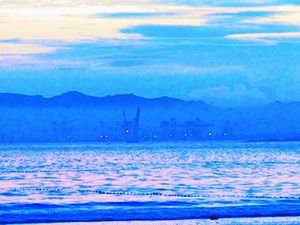 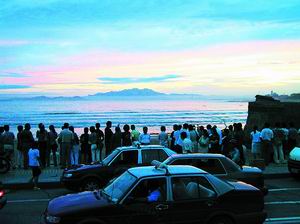