Starting from July 1999 when China began to persecute Falun Gong, weather disasters and odd things occurred continuously in China. People call them "Heavenly Disasters." Then why did "Heaven" launch these disasters in the human world? In ancient times, people believed the "Heavenly Disaster" were warnings from the heavens. "If a country did bad things, Heaven would first launch some disasters to warn the people (and the king); if the people didn't regret and continued to do bad things, then other odd things would follow; if people still had no guilt and did not do good things, the country would suffer from greater disasters." (Excerpt from "Book of Han Dynasty volume 56") Here I used the collected data about Sand Dust Storms in China to draw a map so as to warn the people in China.

Detail list of data please refer to Chinese version of the article at: http://minghui.ca/mh/articles/2002/6/23/32244.html (No English translation available. Readers can send request for translation to editor@clearwisdom.net if truly necessary.) 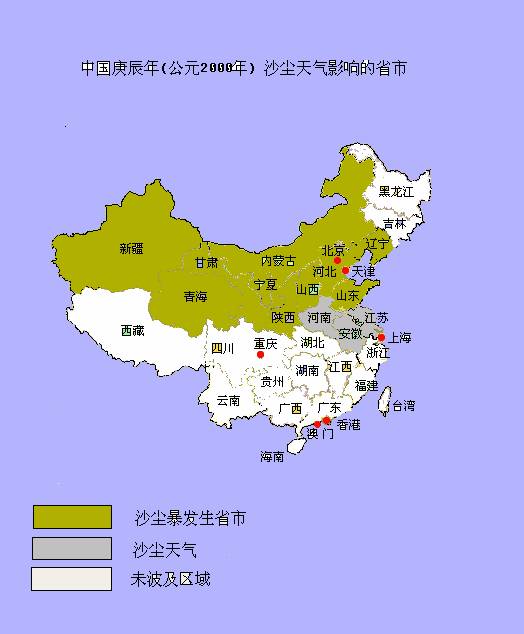 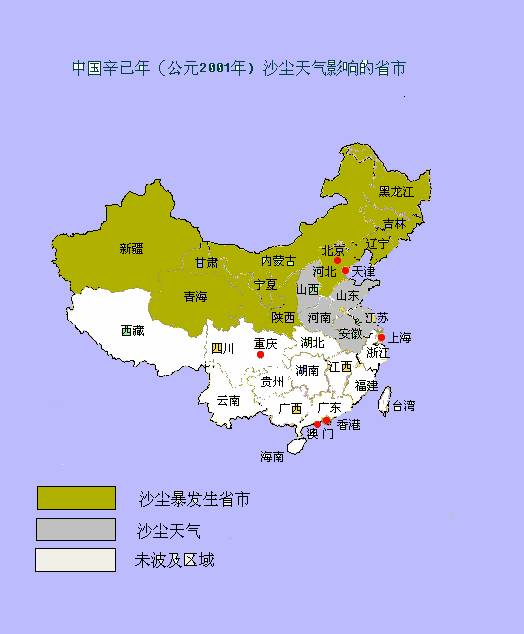 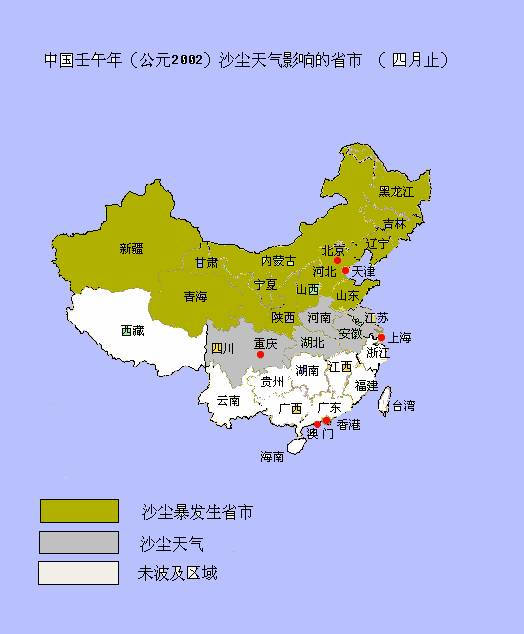 The distribution of the practitioners persecuted to death: 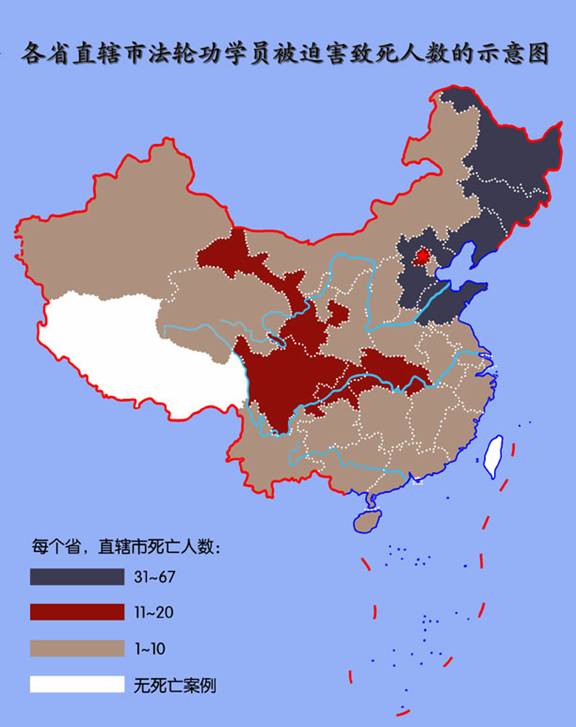