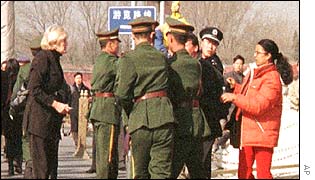 The annual review by the international human rights group Amnesty International has highlighted increased abuses in many countries in the Asia-Pacific region.

Amnesty said a campaign against crime in China led to a massive increase in executions - even for crimes such as bribery, tax fraud and selling harmful foods - and "a new wave of executions of people labeled as 'separatists' or 'terrorists'" in the wake of 11 September.

Torture and ill-treatment remained widespread and appeared to increase against certain groups.

The group also said around 200 members of the banned Falun Gong group allegedly died in custody as a result of torture over the past year.