(Clearwisdom.net) At 11:00AM on March 15, 2002, we arrived at Prague, capital of the Czech Republic. Later, Czech practitioners led us to a square to practice the exercises and spread the Fa. Local media interviewed the practitioners, and newspapers reported Falun Gong positively two days later.

In the afternoon, the practitioners went to Palackeho Square to spread the Fa. In the evening we went to the Chinese Embassy by subway.

On the morning of March 16, 2002, we were divided into two groups, one went to a park and the other to Palackeho Square to spread the Fa. In the afternoon, we had a walk from Palackeho Square to the Chinese Embassy. The march took more than two hours and passed by many downtown busy streets. There were many onlookers, and their numbers were well beyond our expectation. After sending forth righteous thoughts in front of the Chinese Embassy, we handed over an appeal letter to the Embassy. 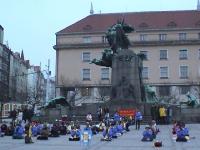 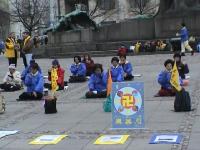 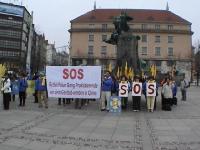 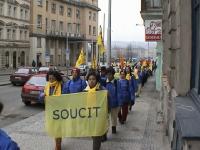 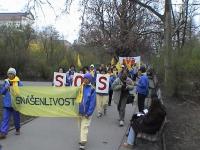